On June 18th 2019, Facebook released details about Libra, a stable cryptocurrency backed by a basket of financial assets, which runs on its own blockchain.

Throughout this report, we will look into details about this new, highly anticipated, cryptocurrency before diving into the technical details. Eventually, we will discuss what the impacts are from both a local and global perspective on different timescales.

1. An Overview of Libra

Libra is a new global cryptocurrency, built on an open-source blockchain called the Libra Blockchain featuring its own proof-of-stake protocol.

According to its whitepaper1, Libra is backed by a not-for-profit organization called the Libra Association, which will serve two main functions:

Libra is backed by its reserve (“Libra Reserve”) which comprises of a basket of low-volatility assets structured to keep its value relatively stable.

However, Libra is not designed to be a stablecoin (as currently defined in the cryptocurrency world) with its value not pegged to a single fiat currency. Specifically, Libra will instead initially be backed by a basket of assets denominated across four fiat currencies: USD, GBP, EUR and JPY. While these fiat currencies are the first to be included, these are three key criteria we expect for any asset - fiat or not - that could be eligible in the long-term for inclusion into the Libra Reserve:

Beyond the high-level design and key parameters of the Libra ecosystem, we next explore the technical underpinnings of the Libra Network itself.

In this section, the consensus algorithm, along with the chains’ smart contract support and 2-token system will be discussed.

Libra will run on its native blockchain, Libra blockchain. The chain is supported by a Proof of Stake (PoS) algorithm, where nodes run by consortium participants are widely dispersed geographically with high technical requirements.

These nodes will rely on a new consensus algorithm that is Byzantine-Fault-Tolerant (BFT).

This consensus algorithm, named LibraBFT, is a variant of the HotStuff framework2 that was released in 2018 by Maofan Yin and Dahlia Malkhi of VMware Research. This framework may allow for future interoperability with other chains powered by BFT consensus, such as Tendermint-based chains like Binance Chain.

Quorum, the permissioned blockchain built by JP Morgan, was previously discussed extensively as the other large cryptoasset initiative from a traditional (non-crypto) company.

The following table illustrates similarities and differences between JPM Coin/Quorum and Libra/Libra Network.

Smart contracts will be written in Move, a programming language built for the Libra blockchain3.

According to the language whitepaper, Move is an “executable bytecode language used to implement custom transactions and smart contracts”.

One of the features of this currently-permissioned blockchain is out-of-the-box smart contracts that are pre-approved for running on the network. However, these smart contracts will be the only ones that are able to be executed at the time of the network’s launch. While this set up limits the possible functionalities on day one for companies and individuals adopting the chain, this limitation also reduces the likelihood of any error that occurs on chain, such as the Ethereum Parity Wallet incident4as the only functions allowed are peer reviewed amongst the consortium and in the open-source community.

To play around with the Libra testnet and read into further documentation, developers can access the Libra Developer portal.

Further, with the large consortium of 100 parties, the number of use cases, needs, and desires to be pre-built can be fairly comprehensive, as the necessary smart contracts and tools needed from enterprise players can be sourced and polled directly from the consortium itself.

However, it is important to note that nonprofits, NGOs, and other impact-oriented organizations may be able to participate in the governance without holding the minimum $10M worth of LIT. With many impact-oriented organizations conducting international payments and transactions, Libra’s lowered barrier to entry for such institutions may be a significant incentive for adoption, as seen by the already-announced participation from 3 major social impact organizations: Kiva, Mercy Corps, & Women’s World Banking.

For regular, non-impact-oriented entities, it will be important to clarify down the road if this threshold to participate is measured in USD terms, or as a % of holdings of the total network (i.e., 1% assuming a max of 100 validators).

In this section, we will discuss impacts both from a local and global perspectives across three different time perspectives: short, medium and long term.

In 2019, Libra will be tested with the network being experimented through a testnet. This live sandbox will enable third-party developers and any existing institution to experiment writing contracts and to get familiar with this new blockchain and its smart-contract interface.

Based on the existing list of initial participants5, one of the most interesting exceptions is the absence of financial institutions. As discussed in our past report about stablecoins, non-financial companies are less risk-averse than traditional financial companies, and have greater incentive to disrupt the payments industry, with the added ability to execute at a faster, scalable pace.

Financial institutions, like banks, are currently testing out blockchain networks with XRP/Ripple services and JPM Coin/Quorum6.

For Facebook, Whatsapp, and Instagram users, Libra is likely to work its way into everyday apps, starting with the Calibra wallet interface. 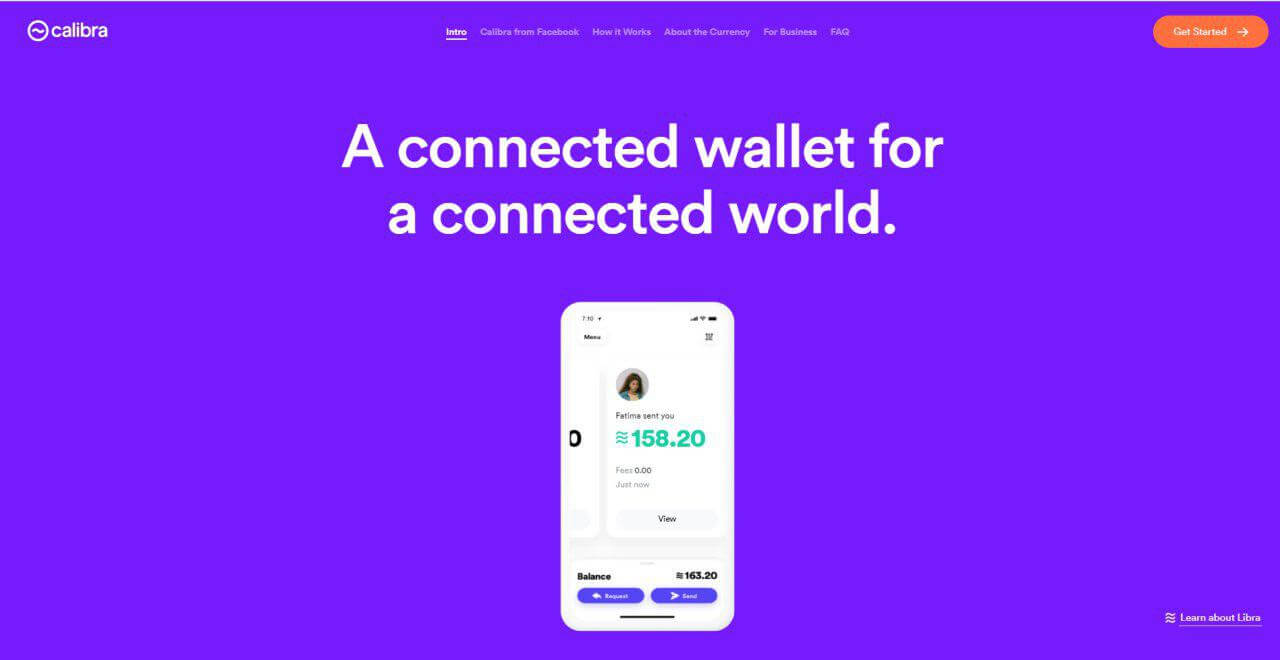 While the mainnet release is expected for 2020, at this stage, no alternative competitor to Libra is expected to emerge as a serious competitor on the same scale as Libra’s initial pool of participants, which includes most of the largest companies in the fintech industry.

Compared to JP Morgan’s Quorum permissioned infrastructure by design, the gradual shift from a permissioned network to a permissionless environment should encourage stakeholders to start building now to capitalize on first-mover advantages on the Libra ecosystem.

In the medium-term, we expect positive impacts both for Facebook as well as the crypto industry as a whole.

In the past, Facebook has always devoted a significant amount of its resources into providing infrastructure for the world.

For the crypto world - Increased Accessibility

Today, the cryptocurrency world, despite encompassing an aggregate $283B market capitalization (as of the time of writing), still faces challenges to see further global adoption. However, the Libra ecosystem looks to be uniquely positioned to broaden the reach and impact of the crypto world through increased accessibility and participation from the following: 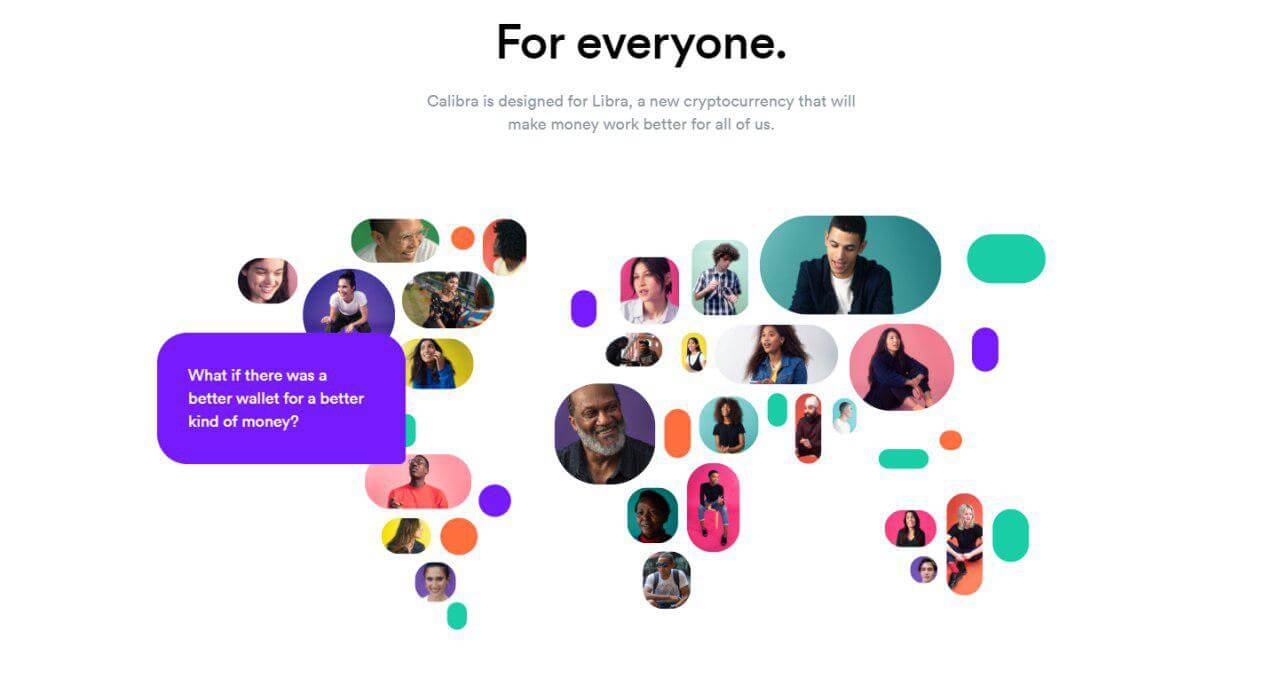 Long-term impacts of Libra vary greatly from both an economic and financial perspective; a few potential macroeconomic implications include the following:

Despite this initiative serving a long-term purpose for individuals and consumers worldwide, the Libra as an ecosystem and a cryptocurrency could also offer benefits for large stakeholders and financial institutions worldwide. Potential applications include:

Eventually, in the long-term, this initiative could hinder the growth of end-user payment implementations for blockchains, such as Bitcoin’s Lightning Network, unless Bitcoin were to be included as one of the reserve assets in the Libra basket of financial assets. However from a store of value, Libra (and other similar initiatives) could lead to new channels to enter in the industry and to invest in all cryptocurrencies and digital assets and these assets will continue to serve lots of functions which can cohabit with Libra. In short, Libra could further contribute to bridging the cryptoasset and the off-chain economy in the long-term.

Facebook’s initiative, with the Libra cryptocurrency at the center of the project, will have a significant impact on the financial industry and global economies from both a medium and long-term perspective. Backed by a basket of fiat currency-denominated assets in its initial release, Libra represents a first attempt at creating a world currency, on-chain or not, with everyday usage by billions of individuals and institutions across the globe.

However, the magnitude of its success will vary greatly on how Libra can convince regulators and financial institutions to collaborate with the consortium in establishing an agile framework that satisfies the need for decentralized governance while being compliant with existing domestic and international regulations.

Other major factors include the ability to scale the Libra user base and to build a trusted alliance of financial institutions that maintain custody of the collateral reserves and provide on/off-ramping functions (i.e., fiat currency deposit accounts). Furthermore, the ability for the Libra foundation to operate independently of Facebook, in a similar manner as the existing separation between monetary policy and fiscal policy that occurs in developed countries, will be a key factor for gaining the trust of the public.

Whether or not it turns out to be one of the largest successes in the cryptoasset industry, Libra will likely contribute to bridging the gap between the right to access basic financial services and digitally-connected individuals that have remained unbanked across the globe.

There are still a number of question marks for Libra, including:

Despite these uncertainties, Libra has already laid out an extensive and well thought-out groundwork for blockchain technologies and cryptocurrencies to be adopted by traditional businesses and individuals alike.