Pundi X ("Pundi" or the "Project") is an ecosystem comprised of hardware and software products that facilitates blockchain-based payments in physical retail stores. The core technology offering is the Pundi XPOS, a PoS hardware system for merchants that facilitates cryptocurrency payments and transactions through mobile wallets and bank cards. As an all-in-one solution for retailers, the XPOS device can support retail intelligence, inventory management, order management and loyalty programs.

Pundi X's mission is to make cryptocurrency more accessible by allowing stores to buy, sell and accept cryptocurrency, while simultaneously empowering blockchain developers and token holders to use cryptocurrency at any physical store in the world.

The Pundi X portfolio consists of several additional products that support and drive adoption of the XPOS hardware systems as highlighted below:

An illustration of the crypto payment transaction flow using the XPOS device is shown below: 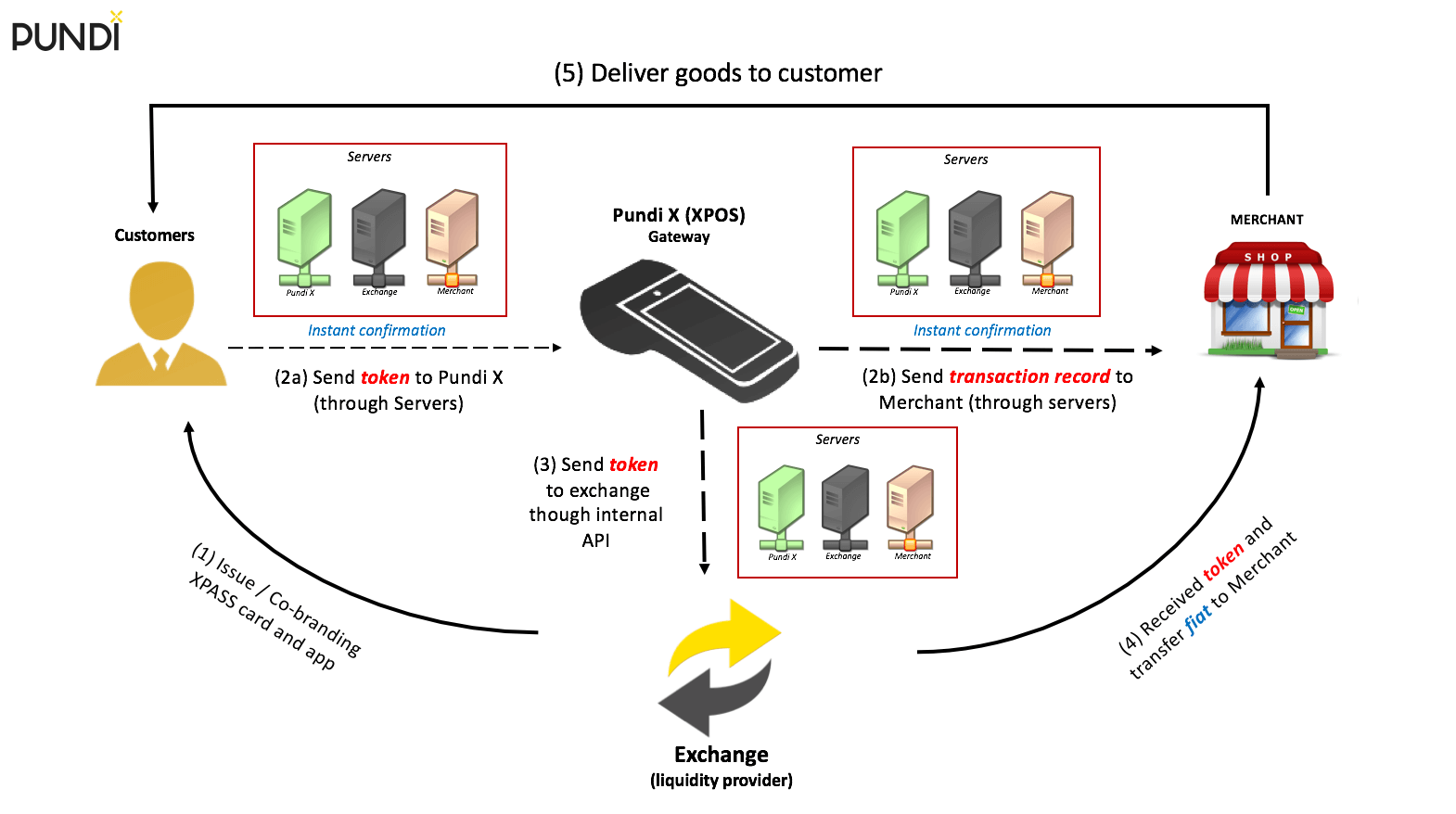 NPXS is the native utility token that functions within the Pundi X ecosystem and has several core use cases, including:

A total of $30.5MM was raised across all NPXS public and private token sale tranches that was completed on 21 Jan 2018.

Pundi has created an incentive structure to encourage token holders to stake their tokens by reserving ~70% of total token supply to be distributed on a monthly basis to token holders who hold NPXS tokens in their own ERC-20 wallets. Pundi will take random snapshots of token holder wallets and allocate tokens to holders based on the following formula:

Further detail on the mechanism and formula can be found here.

The chart below represents the number and breakdown of all NPXS tokens that are and will be released into circulation on a monthly basis from Oct 2017 (Private Sale) to Dec 2020, at which point all NPXS tokens will be in circulation. After a large initial unlock of private sale, public sale and team tokens, the circulating supply will steadily increased as tokens are released on a monthly basis to reward NPXS holders who stake their tokens. Company tokens includes allocations for team & advisors.

The following chart represents the top 20 wallets holding NPXS tokens, of which 7 belong to the team and / or an exchange.

Pundi X has successfully completed the majority of their announced milestones within the communicated timeframes and has achieved some additional milestones not disclosed in the original roadmap, including the successful adoption of XPOS at a major event. Pundi has also released an updated roadmap with key milestones through Q2 2019.

As a hardware project, Pundi X has a dual community / commercial growth strategy that involves expanding XPOS distribution partner networks and growing global user bases that are interested in purchasing retail goods using crypto assets. Pundi X must secure key commercial partnerships that can provide the necessary distribution channels for the XPOS devices to drive both near and long-term adoption and achieve the 100,000 rollout by 2021. Most recently, Pundi X has secured orders for the distribution of 5,000 XPOS devices globally as an initial step in this growth strategy. These deals must be replicated with major distribution players in key markets to further build the network and deliver value to merchants and consumers.

Additionally, tens of thousands of XPASS cards were distributed in Sep 2018 at events such as ULTRA Taiwan, Consensus Singapore, and AMCHAM Korea.

Pundi is accepted at a variety of regional merchants. Here are some sample locations and purchases from Singapore, Netherlands, and Taiwan

Pundi X's key advisors can be found in the Appendix.

Unlike other projects devoted to maintaining a public chain, Pundi X, as a hardware-focused project for private sales, does not regularly update a public, open-source codebase, and did not share a GitHub repository with Binance Research. The project cited security requirements and protection of sensitive data as the rationale for not publishing open-source code.

While Pundi did not provide Github repositories or an overview of their code base, the team was able to provide images of their hardware offerings infographics that will be displayed in the Product & Metrics section below.

The Pundi product portfolio has several components that support and promote both token adoption and Pundi PoS hardware device usage. 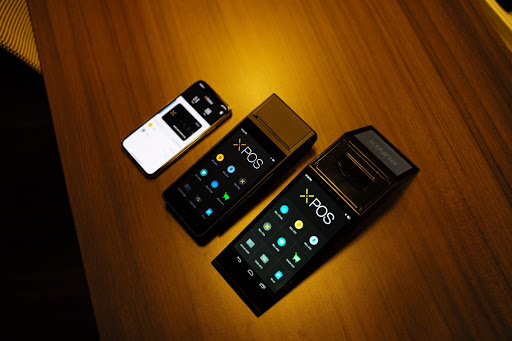 The transaction flow of the NPXS token within the Pundi ecosystem is highlighted in the illustration below:

The f(x) ecosystem consists of 5 elements:

The key to Pundi X's success is growing the community of users interested in crypto payments at retail stores, demand which will then encourage merchants to install XPOS hardware. Pundi X is currently engaged in a variety of strategic initiatives to attract users to the platform that include educating their community about the technology, with a particular focus on Southeast Asia, South Korea and South America.

At this stage, Pundi X is primarily running campaigns targeted at the Telegram communities to incentivize their most active community members and drive use of the NPXS token. The first of these promotions was five free trips to XBlockchain for their most active and engaged Telegram users (as determined by moderators) followed by a dance competition to win a trip to ULTRA Taiwan 2018.

As a blockchain PoS system, Pundi has a core set of competitors across both hardware and software PoS systems that have begun rolling out crypto offerings and integrations.