A Layer-2 scaling solution for Ethereum that is a network of DPoS sidechains, allowing for scalable user-facing dApps and gamesNovember 8th 2018

What is Loom Network (LOOM?)

As a staking token, LOOM enables a system where participants are incentivized to contribute toward securing the network:

A wide variety of products

Loom's ecosystem is made up of several products.

Foundational piece that supports all of Loom's other tech. Since all of Loom's sidechains are built on the SDK, all the new features Loom adds to the SDK gets passed on and integrated into every sidechain.

Plasma Cash-backed hub for transacting between sidechains and the Ethereum Mainnet.

It is a Layer-2 hub that other sidechains can use for faster and cheaper token transactions on Loom's DEX / Marketplace, as well as functioning as a more performant sidechain that developers can launch their Solidity dApps on.

PlasmaChain Staking Dashboard: the portal allows any LOOM token holder to easily transfer their tokens to PlasmaChain and delegate directly with validators. 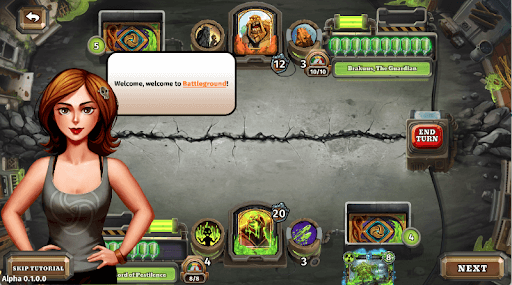 Zombie Battleground serves a number of important purposes in Loom's long-term strategy. The game drives the development of Loom's SDK and sidechain technology since games need to be able to handle hundreds of thousands of simultaneous users sending dozens of actions to the server per minute.
Loom's position is that if sidechains can successfully handle running games fully on-chain, the technology can be applied to any type of applications. The success of the game will also drive user adoption of the Marketplace, an internal economy where users can trade their collectibles and encourage use of the LOOM token for transactions.
Additionally, early success of Zombie Battleground and its revenue model (earning through Marketplace transaction fees rather than in-app purchases) provides a tangible use-case that underscores the capabilities of the Loom Network to attract gaming partners and developers.

One of the key objectives for the Project as a whole is attracting the largest number of users trading on the Loom Marketplace. Loom sees this as driving the most token usage in the near future, and the technical requirements for the internal DEX are also a major driver of Loom's own feature development on PlasmaChain. 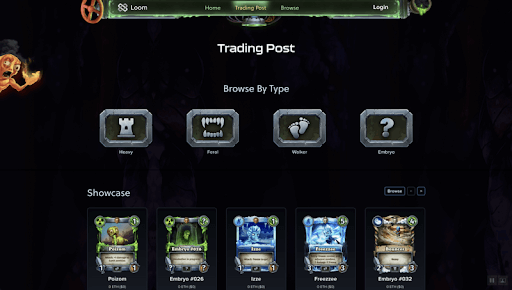 A lot of other products are built around the Loom Network:

The token supply distribution was as follows:

LOOM is a staking token that is used to secure the network, reward contributors, and serve as the native currency on the Loom Marketplace. Any LOOM holder can delegate their tokens on the platform to help support validators and actively participate in securing the network.

As of October 2018, Loom Network has already used 15% of the funds from their total raise across the following activities in the ratios below:

The following chart represents the number and breakdown of all LOOM tokens that are to be released into circulation on a monthly basis. Loom adopted a relatively simple methodology in releasing tokens, with 60% of total supply in circulation from the initial token unlock date (Jan 2018).

There is no timeline for the release of the untouched Reserve funds (35% of total supply).

However, Loom has confirmed that a portion of the Reserves will be locked to allow themselves to operate some validators for the first year. Reserve tokens will also be used for airdrops or other promotional items in the future.

Loom has a robust community growth strategy that incorporates incentives and campaigns to attract gamers on various platforms to prove out the network's scalability to the developers who will be building dApps on top of Loom sidechains. Focuses include:

Loom has a truly global community, with a focus in Asia, North America and Europe across the following active channels.