Beam's mission is to let users have complete control over their money. The team is building a new blockchain to provide confidential, decentralized and usable store of value and means of payment, as well as a strong self-governed community to further develop and support it.

BEAM is designed to be a deflationary coin with capped supply, halving every four years and stopping emission altogether after 133 years.

BEAM emission schedule is largely inspired by Bitcoin's. The main differences are that there are 10 times more blocks and that BEAM's first-year emission is 100 BEAM coins per block. The first halving occurs after 1 year, and then halvings occur every 4 years, 33 times in total.

The emission is of BEAM is denominated in Groth, the smallest unit of BEAM. One BEAM contains 100,000,000 Groth.

In the first 5 years, BEAM emission is split between Mining Rewards and the Token Treasury.

The emission curve of BEAM is shown below: 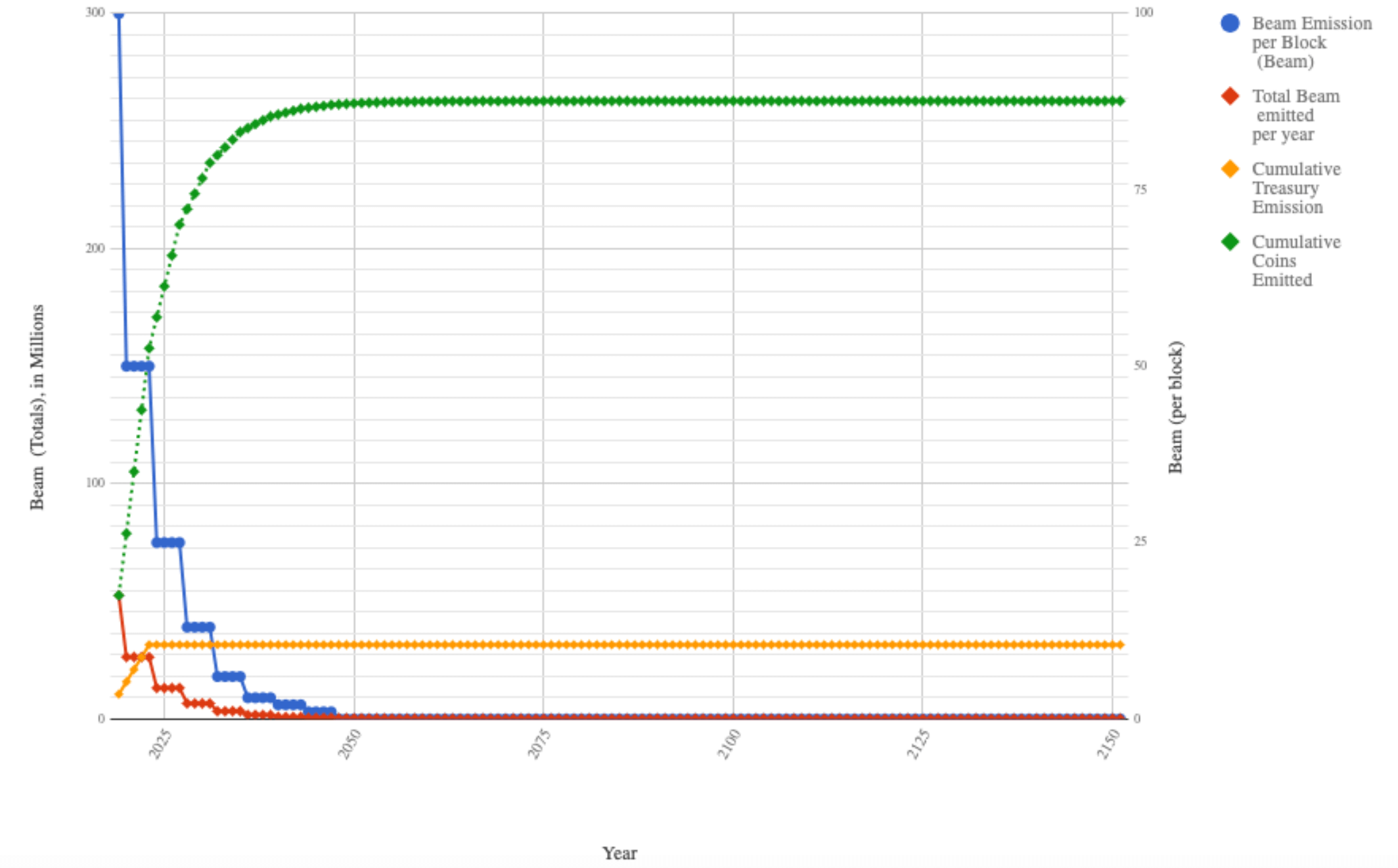 The private keys to the Team and Foundation wallets are held in secured vaults with 24/7 security. Opening the vault requires physical keys from two of Beam's core team members.

The following chart represents the number and breakdown of all BEAM that are to be released into circulation on a monthly basis.

The BEAM token currently has two forms of utility:

The BEAM token is currently listed on 10+ exchanges, according to CoinMarketCap. Core crypto trading pairs include BEAM/BTC, BEAM/USDT, and BEAM/ETH.

Beam has 20 public and 11 private repositories.

Beam is based on MimbleWimble, a protocol that allows full confidentiality of blockchain transactions without compromising scalability. Similar to Bitcoin, the MimbleWimble blockchain is based on the Unspent Transaction Ourput ("UTXO") model. However, in MimbleWimble there are no addresses, and UTXO values are encrypted by the "blinding factors". Blinding factors are private keys which are only known to the UTXO owner. It is not possible for an observer to deduce any information on ownership or value of a Beam UTXO.

Each user holds keys to their UTXOs

The nodes verify that the sum of inputs and outputs is exactly zero and that the range proofs and signatures are correct. The inputs are then removed from the current UTXO set, and the outputs are saved.

To improve scalability, the MimbleWimble protocol utilizes the Transaction Cut-Through mechanism. For Beam, the intermediate states of the blockchain are not saved. The blockchain only holds the current state of the UTXO set, and thus does not have to grow linearly with the number of transactions. 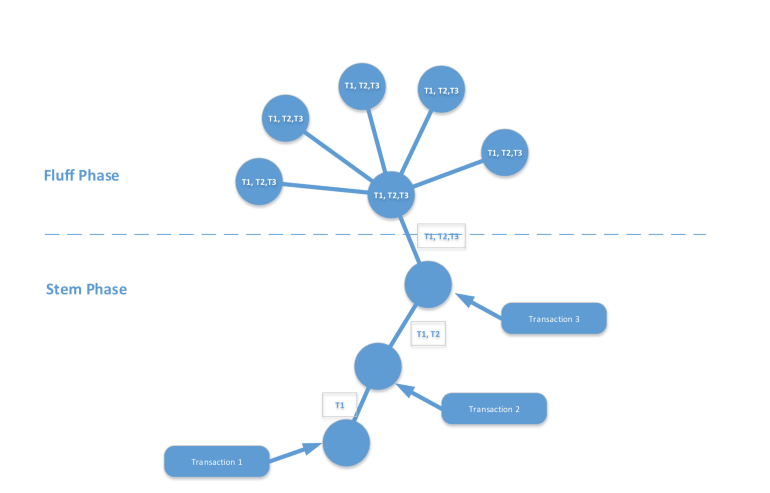 For consensus, Beam uses Beam Hash, a Proof-of-Work algorithm based on Equihash. Beam chose to remain ASIC-resistant in the first 18 months of Mainnet Launch, and has already conducted a hard fork to change the PoW algorithm in order to maintain ASIC-resistance.