A Public Blockchain As The Infrastructure For A Decentralized Internet.
Share this article

TRON is a public blockchain dedicated to providing the underlying infrastructure that enables developers to create smart contracts and decentralized applications, freely publish, own, and store data & other content.

Specifically, some of the core features of TRON include:

TRON's mission is to become the underlying architecture for decentralized applications, and therefore "building a truly decentralized internet".

Some of its products include:

TRX is the native asset of the TRON network. A few examples of the use cases for the TRX token include:

TRON adopts a three-layer architecture divided into a core layer, a storage layer, and an application layer. 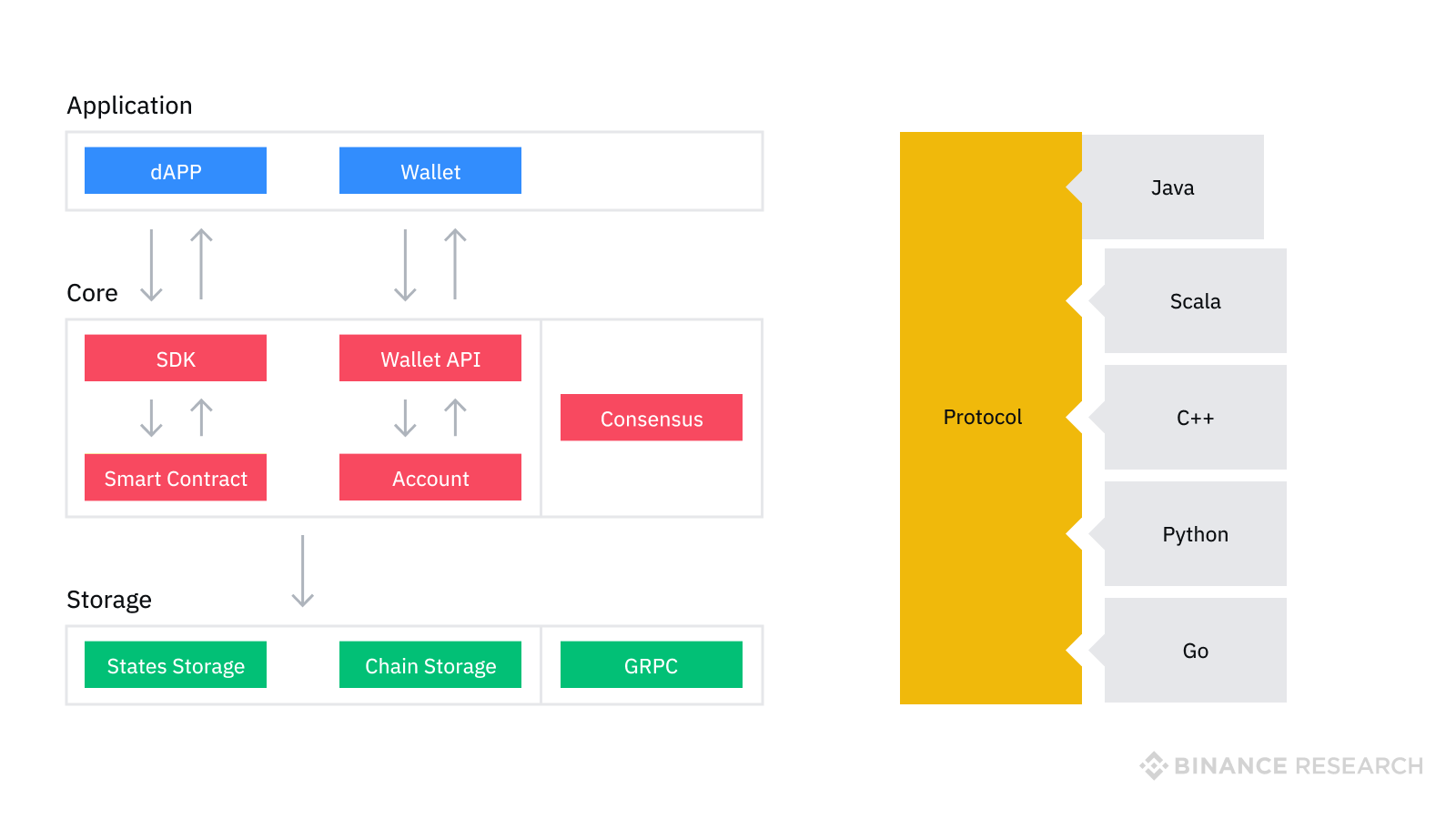 There are several modules in the core layer, including smart contracts, account management, and consensus. A stack-based virtual machine is implemented on TRON, and an optimized instruction set is used. To better support DApp developers, Solidity was chosen as the first smart-contract language, yet to support additional programming languages in the future.

TRON designed a distributed storage protocol consisting of Block Storage and State Storage. The notion of a graph database was introduced into the design of the storage layer to meet better the need for diversified data storage in the real world.

Since TRON enables smart contracts to be deployed and executed, developers can create a diverse range of dApps and customized wallets on TRON.

As of April 24th 2019, the TRON network has over 1,200 nodes, with a block height of over 8 million. Transactions per day have averaged around 2 million. There are also over 2.6 million total accounts on the blockchain. Besides, there are roughly 60 transactions per block, with a block generated every 3 seconds with a block reward set at 32 TRX. For real-time data, please click here.

The TRON consensus mechanism uses a Delegated Proof-of-Stake (DPoS) system in which 27 Super Representatives (SRs) produce blocks for the network. Every 6 hours, TRX account holders who freeze their accounts can vote for a selection of SR candidates, with the top 27 candidates deemed the SRs. Voters may choose SRs based on criteria such as projects sponsored by SRs to increase TRX adoption, and rewards distributed to voters.

SRs' accounts are standard, but their accumulation of votes allows them to produce blocks.

The TRON protocol network generates one block every three seconds, with each block awarding 32 TRX to Super Representatives. A total of 336,384,000 TRX will be awarded annually to the 27 SRs.

Whenever a SR finishes block production, rewards are sent to a sub-account in the super-ledger. Meanwhile, SRs can check but are not able to directly make use of these TRX tokens.

A withdrawal can be made by each SR once every 24 hours, transferring the rewards from the sub-account to the specified SR account.

The three types of nodes on the TRON network are Witness Nodes, Full Nodes, and Solidity Nodes:

2.3 A network of 27 Super Representatives

Every account in the TRON network can apply and have the opportunity to become a Super Representative.

In the TRON network, anyone can vote for SR candidates. The top 27 candidates with the most votes will become SRs with the right and obligation to generate blocks. The votes are counted every 6 hours, and the SRs change accordingly. However, to prevent malicious attacks, there is a cost to becoming an SR candidate. When applying to become a SR, 9,999 TRX will be burned from the applicant's account. Once the tokens are burned, such an account can join the SR election process.

TRON Power, or TP, is required for all votings on the TRON network. Users can acquire TRON Power by freezing their TRX tokens (i.e., staking).

TP is calculated in the following way: 1 TP = 1 TRX frozen to get bandwidth.

Every account in the TRON network has the right to vote for their SRs. After the release (unfreeze, available after 3 days), users will not have any frozen assets and lose all TP accordingly. As a result, all votes become invalid for the ongoing and future voting rounds unless TRX is frozen again to vote.

The TRON network only records the most recent vote, which means that every new vote will negate all previous votes.

Only SR accounts have the right to propose a change in dynamic network parameters. Once a proposal is created, SRs will vote for it, and any member who does not vote in time will be considered as a veto.

The proposal is active for 3 days after it is created. The vote can be changed or retrieved during the 3-day voting window. Once the period ends, the proposal will either pass (19+ votes) or fail (and end).

The proposer can withdraw the proposal before it becomes effective.

The TRON Virtual Machine (TVM) is a Turing-complete virtual machine developed to support the TRON's ecosystem. 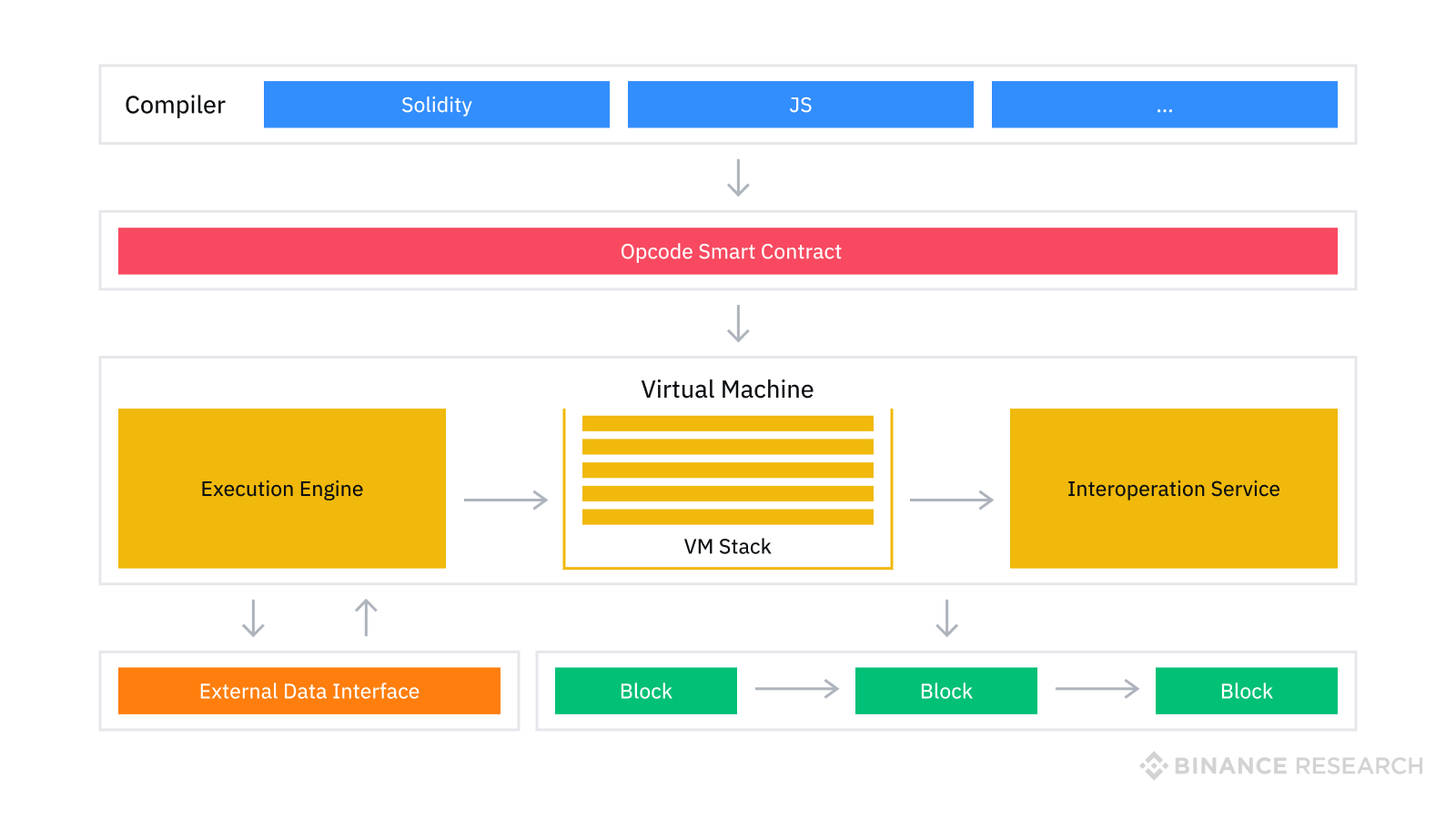 TVM is EVM-compatible, making it easy for Ethereum developers to port applications on TRON.

However, unlike Ethereum, the TVM employs the concept of Bandwidth, which differs from the gas mechanism on Ethereum's EVM. Instead, transaction operations or smart contracts on TVM are free. The use of bandwidth points prevents spamming while letting contracts being free to use.

The Tron Virtual Machine is compatible mainly with Solidity, but other VMs are expected to be supported in the future.

Similar to Ethereum's EVM business logic, its compiler translates Solidity smart contracts into bytecode readable that are executable on the Tron Virtual Machine.

For more details on the Tron Virtual Machine, please refer to its official documentation.

TRON holds its funds in cold storage with multi-signature wallets. The foundation's wallet can be found here.

The TRON team decided not to share its use of funds at this point publicly.