Matic Network is a layer-2 scaling platform that enables fast, easy, and secure off-chain transactions for not only payment transactions, but also generalized off-chain smart contracts.

Matic's mission is to create a plasma-influenced Layer 2 scaling solution to "enable throughput capable of meeting the transaction demand for mass adoption of dApps".

Matic is unique both in terms of its technical approach towards Layer 2 as well as its potential support for variety of use cases.

Within the Matic Network, the MATIC token has three key use cases:

One of Matic's ecosystem products, Dagger, is a Zapier integration that allows any builder to gather real time ethereum updates to plug into their spreadsheets, apps, or other products. Today, more than 400 dApps and trackers are built using this trigger tool.

To ensure smooth asset transition to sidechains and easy asset management for users, Matic will be releasing its own wallet with a WalletConnect integration.

Several dApps are actively being developed on Matic to provide a better user experience with lower transaction costs:

Below is a flow chart to understand the fees abstraction mechanism to be implemented on Matic sidechains. 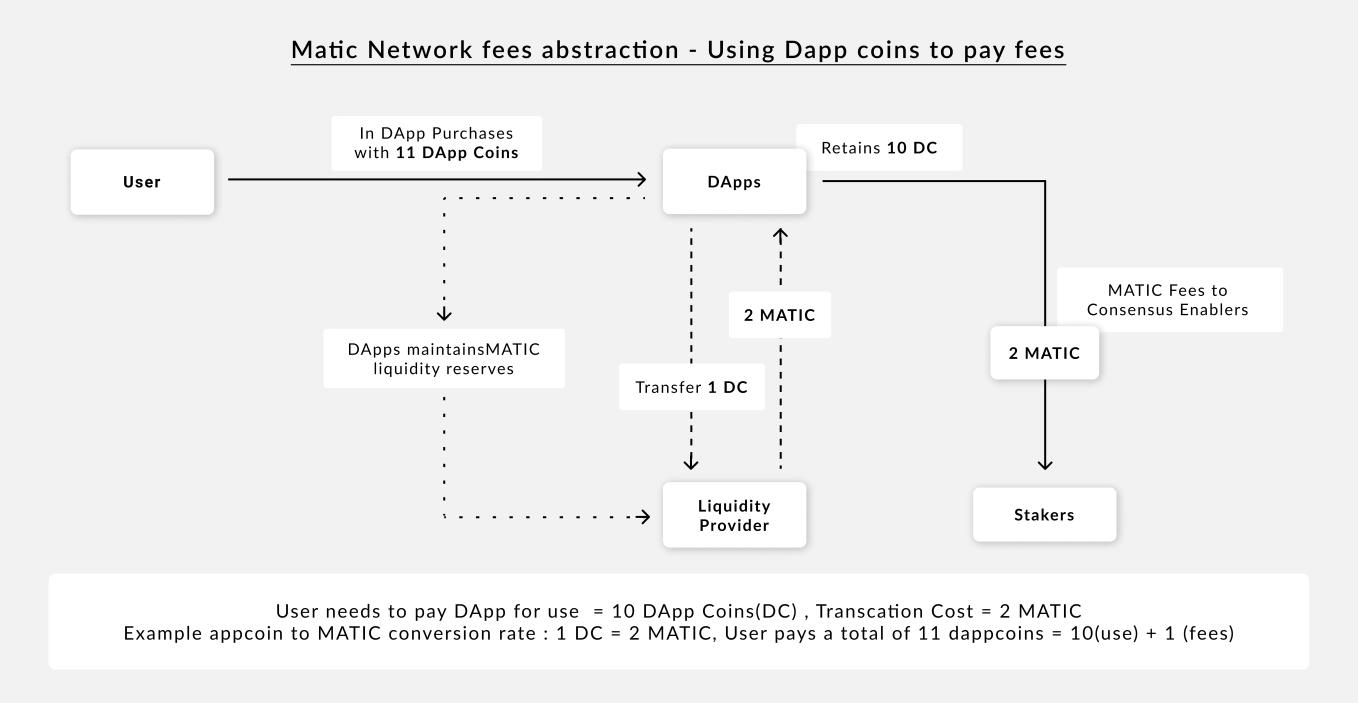 The dApps will use their native dApp tokens on the Matic chain for in-app transactions while also using them to pay network fees to consensus enablers in MATIC.

As shown in the flowchart above, the dApps operating on Matic chains will help maintain a reserve of Matic Tokens with the liquidity providers, this will ensure that their customers can transact freely without having to worry about holding Matic Tokens in their own wallets.

Matic Network has validators who will stake their assets for the right to participate in the PoS consensus mechanism on the sidechains.

The transaction fees will be determined by the users on the network as they do on Ethereum, but given the high transaction throughput that is possible, the transaction fees are expected to be significantly lower than those of Ethereum due to supply and demand of "gas fee" markets. 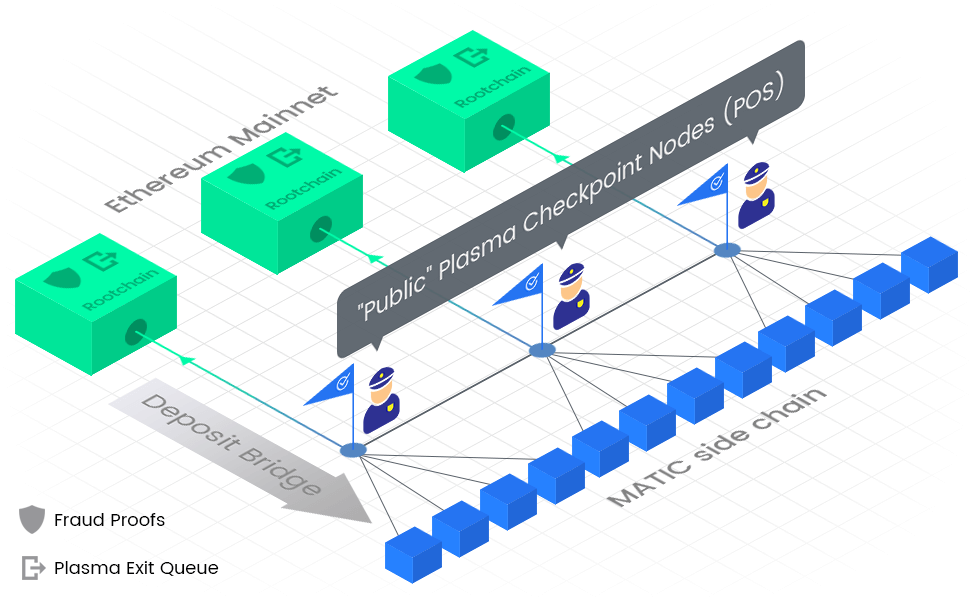 As of February 26th 2019, Matic Network has used approximately 7% of TGE funds according to the allocations below:

As per their risk management strategy, Matic plans to perpetually hold sufficient fiat reserves to fund their operational costs for at least 12 months. The rest of any funds held in crypto will be stored in cold wallets with multisig support.

The following chart represents the number and breakdown of all MATIC tokens that are intended to be released into circulation on a monthly basis.

By Q1 2019, some of the projects built on top of Matic included:

Matic has already partnered with several blockchain projects, including the following:

Matic's main community focus has been to attract more and more dApp developers to build on the network. Thus, Matic wants to build a developer community, and tap into the immense potential of developers who have yet to dive into crypto. To achieve this, Matic is collaborating with top universities in India and the rest of the world to ensure that budding developers are aware and use Matic as a platform to scale their dApps.

Matic's primary geographical focuses are detailed as below:

Matic has a total of 13 public and 17 private repos. Indeed, Matic has only released a portion of their code publicly at this stage of development. The contracts repo contains the main business logic of the Matic Network. However, private repos' metrics and overviews are the most informative in learning about the Matic project and ecosystem.

A large portion of Matic's development across the core technology and product suite occurs in their private repos.