A Hybrid Blockchain For Data Security And Business Collaboration.February 6th 2020
Share this article

LTO Network aims to foster blockchain adoption by increasing security of applications and automating business processes. The project is building blockchain solutions with both privacy and transparency in mind.

LTO Network separates data sharing from network consensus, and builds a decentralized public layer as well as a customizable private layer. The team aims to build and enable other blockchain solutions which are GDPR compliant and can easily integrated with existing systems that businesses already have in use.

2.4 Token governance and use of funds

As of writing, LTO Network has spent 70.00% of 4.03MM USD worth of EUR raised, according to the allocations below. However, the company has been generating income from prividing customized services to businesses, and does not rely solely on its initial funding.

The private key of the team wallet is stored in a secure vault only accessible by the founders. Moving or using tokens require approval of at least 2 out of the 3 executives of the LTO Network.

The following chart represents the number and breakdown of all LTO tokens that are to be released into circulation on a monthly basis. The LTO Network team has no intention to use the Foundation tokens besides using them for governance-related voting.

In the future, the project team will explore other options for increasing the utility of the LTO token, such as being a fundraising vehicle for startups in the LTO Network ecosystem.

Announcement of open sourcing of the network's Layer 1 was delayed due to the marketing decision to jointly announce this with the release of Smart Accounts.

The goal for the LTO team is to bring more transactions and validators to the network, amplifying network effects of different solutions. As part of the Ecosystem V development, LTO Network will keep building the Integrator Portal as the marketplace for Software as a Service ("SaaS") solutions, and promoting its own products to increase blockchain adoption. Some of the modified major milestones include:

The business strategy of LTO Network focuses on two major features: external parties building and integrating existing products, and developing LTO Network’s products which enable companies to benefit from the advantages of blockchain technology, without having to worry about the downsides of decentralization.

LTO Network establishes a permissionless private network through a hybrid blockchain. Anyone can set up a node and participate in the network. However, only hashes are shared with all nodes on the network, while data is shared peer-to-peer between nodes. Therefore businesses can benefit from the blockchain technology while having data privacy.

Permissions on a permissionless network

LTO Network has no network-wide permissions or authoritative nodes. Instead, both read and write privileges are specified in a Live Contract. Authorized participants subscribe to a Live Contract through a node of their choice. Only that node will receive a copy of the data associated with the contract.

An event chain is a hash chain of related events. The private layer consists of ad-hoc event chains — one for each Live Contract. Unlike transactions that are arranged in a block, events are directly appended to the event chain and directly broadcasted to the nodes of all participants.

The genesis event of an event chain is a Live Contract, which contains the initial set of participants, as well as logic and rules of the collaboration. The logic is defined as a workflow process and modeled as a Finite State Machine. This makes it understandable for both humans and machines.

In order to describe the complete business process and collaboration agreement, Live Contracts may contain off-chain instructions, which are typically modeled in a way where one party executes and other parties validate. For instance, one party makes a bank transfer and submits an event that has done so. The receiving party checks to the balance of its bank account and submits an event when the money is received.

Consensus on the private layer

Due to the potential bias and the limited number of participants associated with a Live Contract, LTO Network does not rely on any type of majority consensus to resolve conflicts. By default, all participants are on equal footing, with no authoritative party. To come to a consensus, each event is anchored by writing a hash of the event on the public layer of the blockchain. The order of events can be derived from the order of transactions on the public chain.

Having a single ad-hoc chain per process allows erasing information when required by privacy regulations. However, sharing all data related to a process with all participants does not meet privacy requirements.

Linked data allows the exclusion of some data from a private event chain, as only a hash of the data is shared with all participants. The node of the participant that owns the data is assigned as the controller, with other nodes being data processors. A processor may request a copy of the linked data, and this is only supplied if the current state of the workflow shows that there is a task where that data is required. The processor will receive a copy under specific terms, which are automatically logged to comply with privacy regulations. 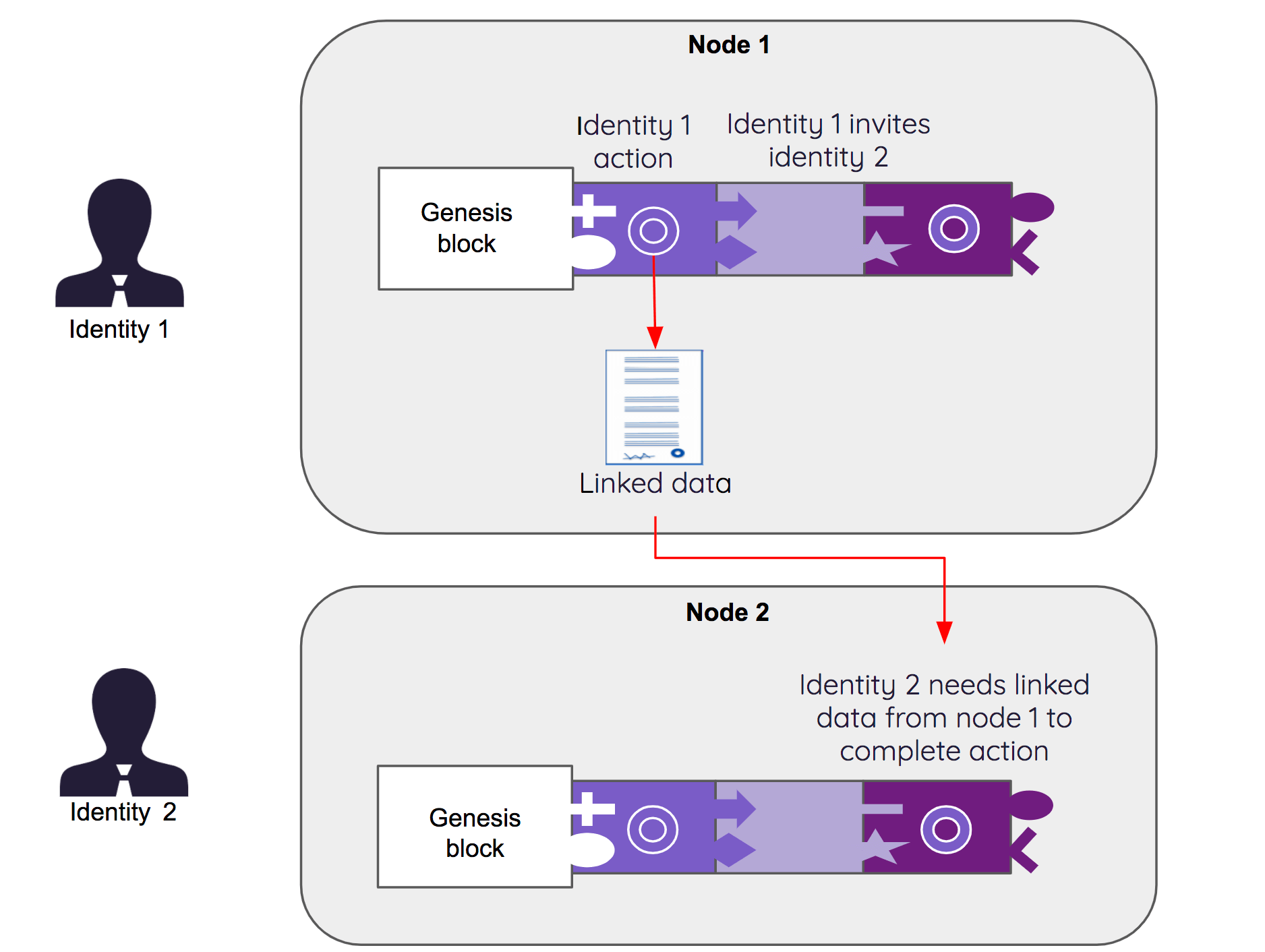 Data anchoring and Ccnsensus on the public blockchain

The public layer is a digital notary for hashes. By applying the NG Protocol, transactions on the LTO Network are acknowledged within 2 seconds, making data anchoring on blockchain a viable solution for businesses.

Consensus on the public layer is done via Leased-Proof-of-Stake, which allows the community to secure the network and share network fees generated by organizations as rewards. The leasing mechanism allows anyone to participate in staking without needing to run a node. The consensus model will later be changed to Leased-Proof-of-Importance to mitigates the risk of centralization.

The majority of token holders and business partners for the LTO Network are located in Europe, US, and Russia. Currently, the team will focus its community development effort first in these regions, and expand to other places as the network grows.