An Open-Source Blockchain Built by Kakao for Performance and Scalability.June 24th 2021
Share this article

Klaytn was built with the aim of offering enterprise-grade scalability and performance with EVM and solidity compatibility. By utilizing a hybrid governance structure and an optimized PBFT consensus mechanism, the Klaytn network supports up to 4,000 transactions per second (TPS) in conjunction with 1 second block generation times and immediate finality.

Klaytn’s ecosystem is actively developing with over 70 third-party services on the platform and an estimated combined user base of 11 million. Moving forward, the Klaytn and Ground X teams aim to expand to global markets beyond Korea. The project aims to secure partnerships across the blockchain stack, ranging from custody and liquidity infrastructure providers to retail-facing DeFi and NFT services.

KLAYswap is the largest DeFi protocol on Klaytn, which exceeded 2 billion in Total Value Locked (TVL) on 30th April 2021 with ~100 million USD in average daily trading volume. Klaytn also has partnerships with global DeFi protocols (Injective, Definix and more) to expand their footprint. Klaytn’s proprietary digital assets platform Klip has more than 1,000,000 active users and is integrated with KakaoTalk.

Beginning with the OpenSea partnership, Klaytn aims to develop a stronger presence in the NFT market, by integrating with existing marketplaces, and working with content creators and asset providers to produce NFTs that reflect consumers’ real-world needs; from digital collectibles to asset-backed tokens. In May 2021, Klaytn announced the official launch of Klaytn NFT Marketplace on OpenSea. The integration with OpenSea will allow Klaytn-powered NFTs, ranging from game items and characters to digital arts to be supported with peer-to-peer trading to take place. Users can also sync their OpenSea accounts with Kaikas wallet, the web browser extension wallet that connects to the Klaytn network, and trade Klaytn-based NFTs.

Klaytn also announced the launch of KrafterSpace in May 2021. KrafterSpace allows users to easily create and manage their digital items with minimum effort. Users can instantly mint an NFT on Klaytn by uploading an image or a video file, without incurring any gas fees. Users may choose to display their NFTs on KrafterSpace.

*Note that the chart above does not include the estimated 3% annual inflation of KLAY tokens. 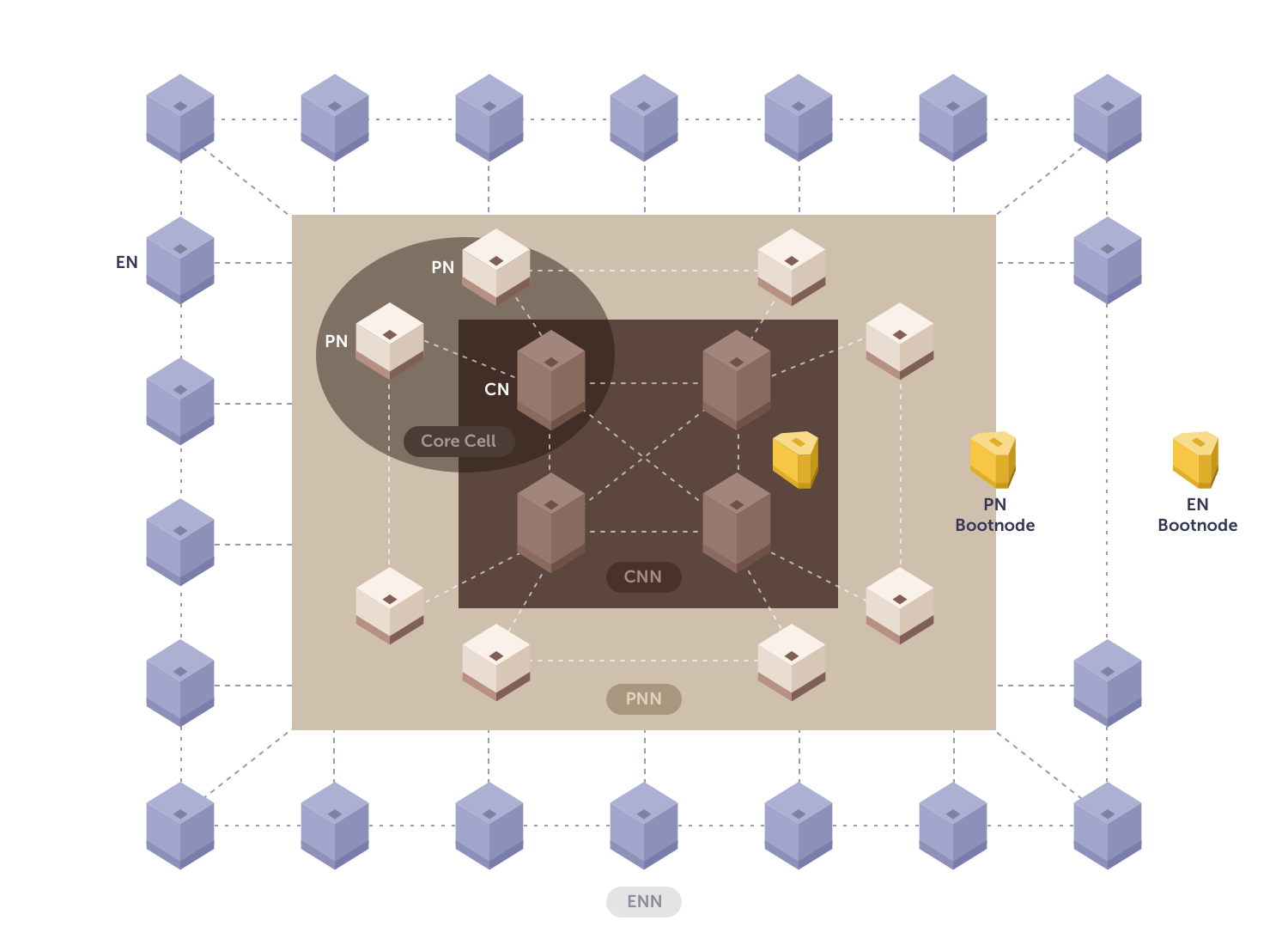 Klaytn aims to be an enterprise-ready and service-centric platform. Klaytn uses an optimized version of Istanbul BFT, which implements PBFT with modifications to deal with the blockchain network's characteristics. The aim is to allow many nodes to participate in the network. Klaytn Mainnet Cypress can provide a throughput of up to 4,000 transactions per second (TPS) with one-second block generation interval. More than 50 consensus nodes can participate in the Consensus Node Network (CNN) at the moment and the number will continuously increase as Klaytn continues to optimize the algorithm.

There are three types of nodes on Klaytn:

As an open-source blockchain, the growth of the developer and retail investor communities are of utmost importance. The Klaytn team will continue to expand its global footprint by leveraging the wider crypto ecosystem, while fostering and building Klaytn communities. With an established user base of 11 million, Klaytn will utilize a phased cascading strategy to grow the current user base further to motivate creators, builders and investors alike.