Founded in 2017, Electra (ECA) is an open-source blockchain project that aims to facilitate cryptocurrency payments.

Electra seeks to provide an alternative solution to the slow, inflexible, and costly traditional payment services where merchants pay a high merchant discount rate (MDR) of 3% or more for digital payment processing services. Electra allows merchants to pay for transactions at 0.0001 ECA each, which is negligible compared to traditional payments.

Small businesses tend to be very adverse to the high MDR costs, because even for small ticket transactions, merchants may have to pay a flat fee on top of a percentage of each transaction. Customers also experience higher transaction fees when purchases are conducted internationally due to currency conversion fees. Also, merchants typically have to wait for days or even weeks to receive payments.

Electra aims to facilitate micro-payments. To do so, the Electra blockchain has a target block time of 64 seconds and enables merchants to receive payments with transactions being pushed to the blockchain in milliseconds. Merchants can individually decide their transactions' finality based on their comfort level on how many blocks have passed, similar to Bitcoin. Electra's end-to-end, decentralized network also eliminates the need for a middleman between merchants and customers, therefore reducing the possibility of potential data leaks. 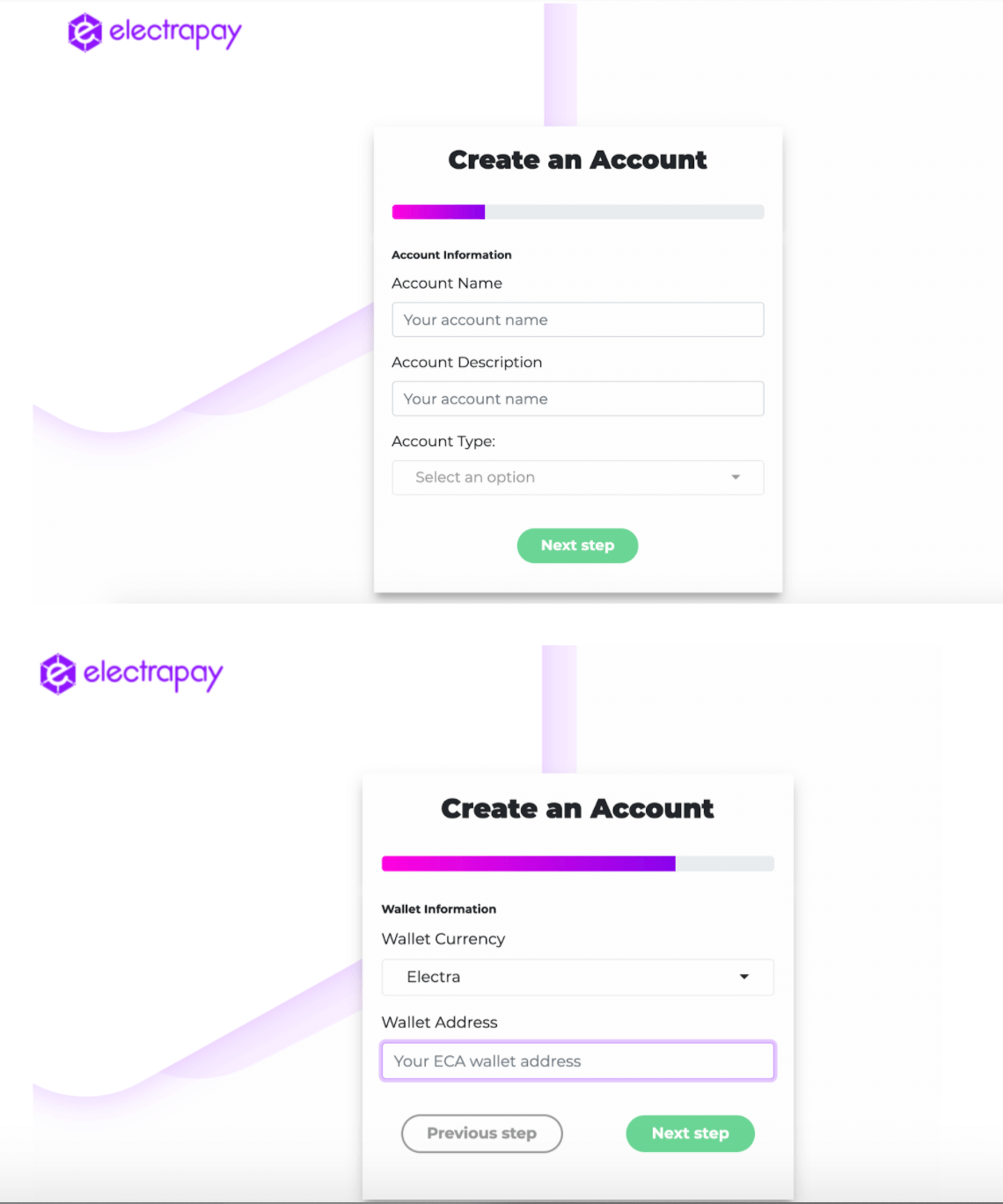 Upon signing up, merchants are able to generate an API Key for eCommerce site. Currently, Electra offers the WooCommerce plugin, which can be used on all WordPress sites. Merchants can track the status of each order via the web portal. 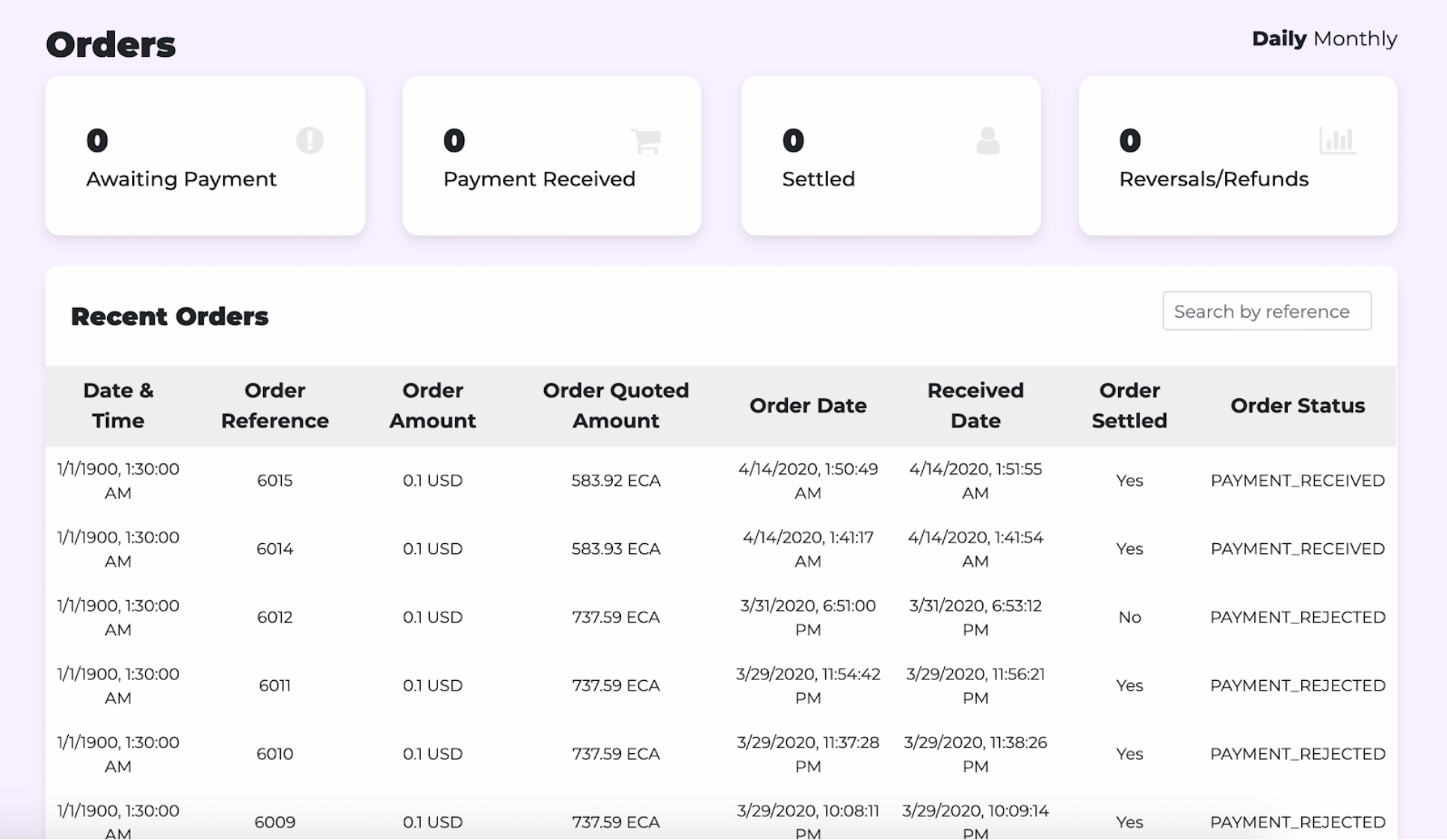 The merchant is also able to view his account information, which he can update as required. Merchants can also see all changes made by viewing the last activities section. 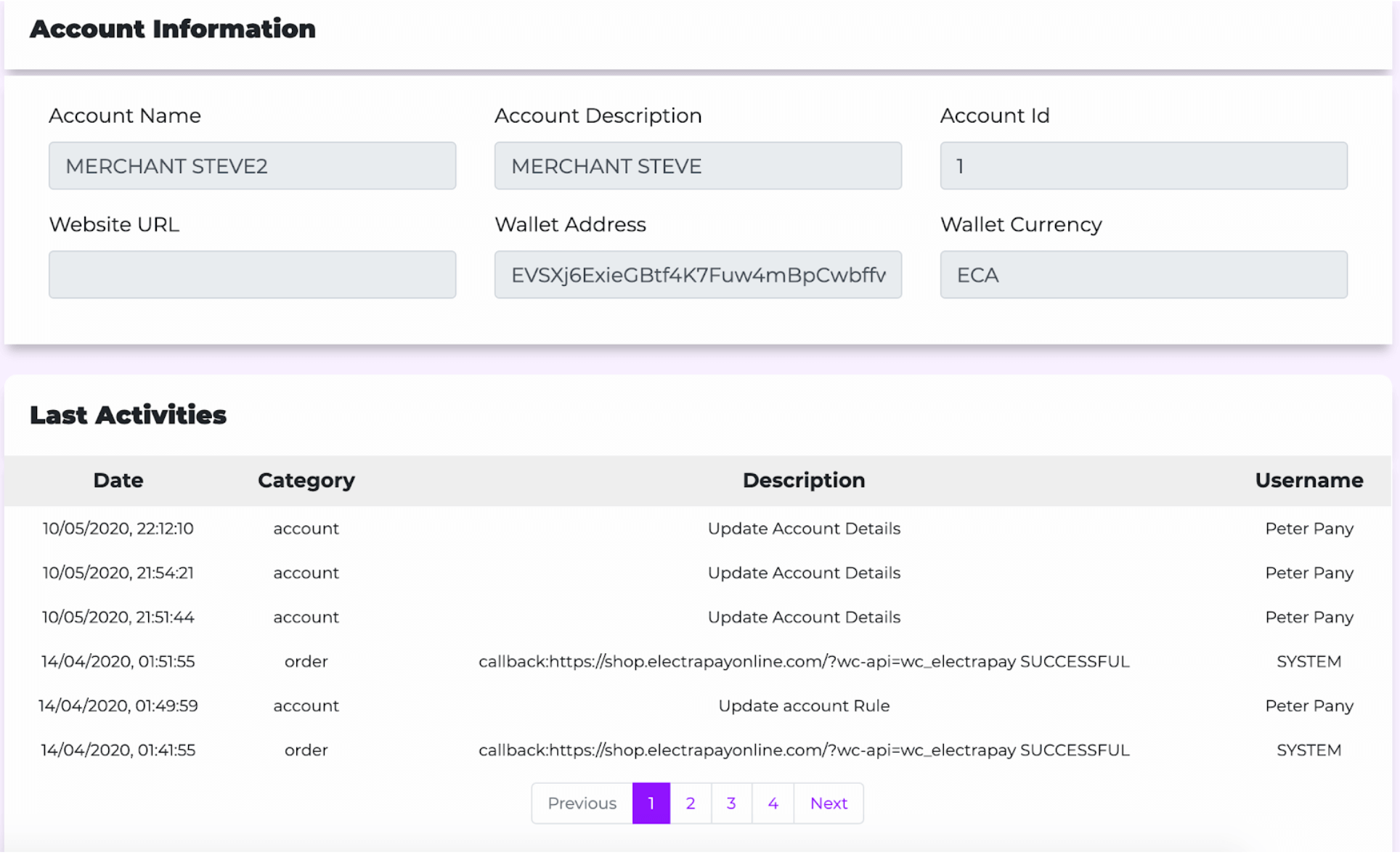 Electra also has a dedicated WooCommerce website to demonstrate how ElectraPay can be used.

Transactions on the Electra blockchain appears in both the merchant’s and customer's accounts within milliseconds and are verified on the blockchain with a block time of 64 seconds per block. 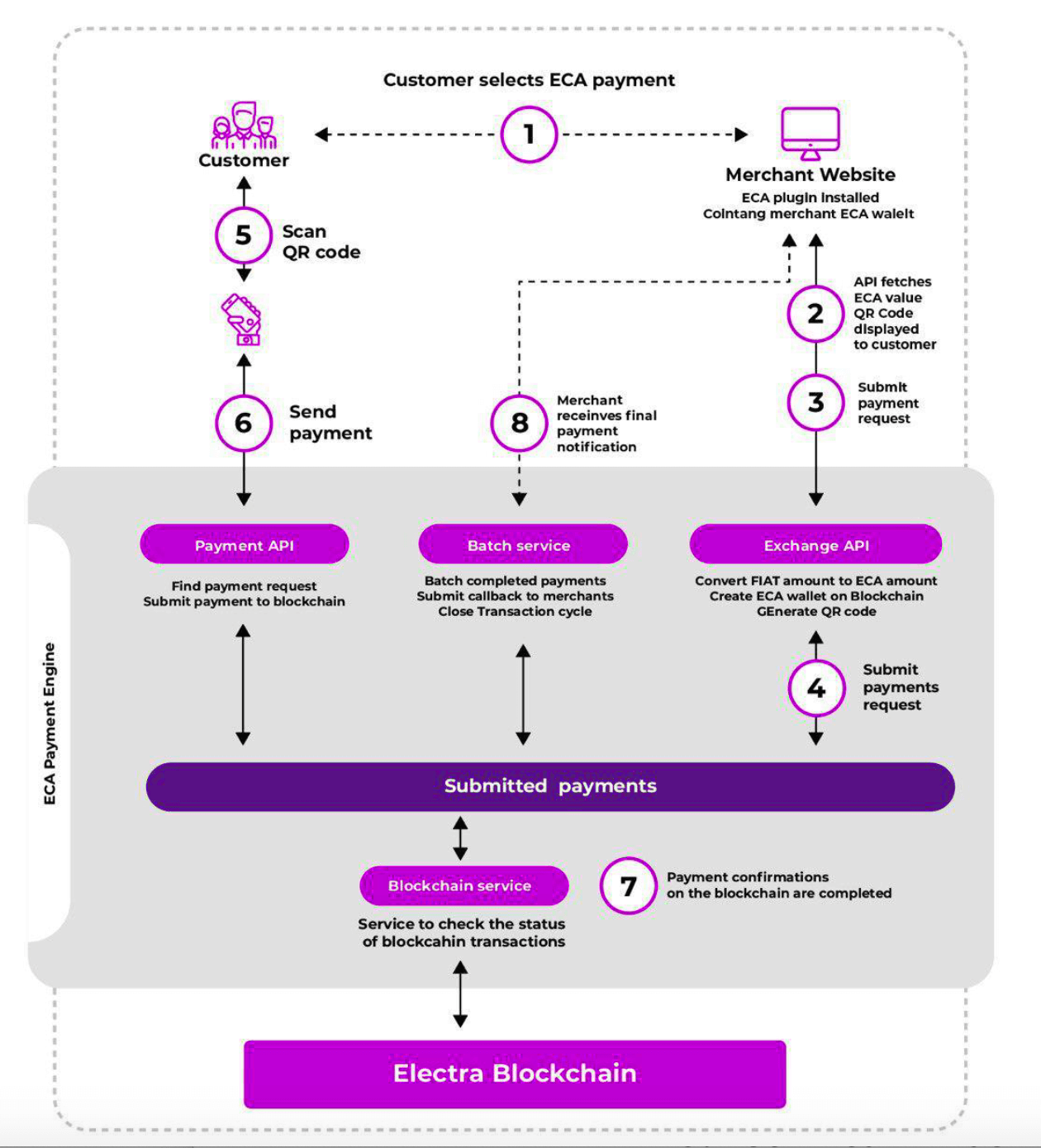 With the webshop solutions already running, there is still a need for local solution in a physical store.

Electra team developed a Point-of-Sale application directly linked to the ElectraPay merchant account, this integration allows the merchant to plug in to both online and offline environment. 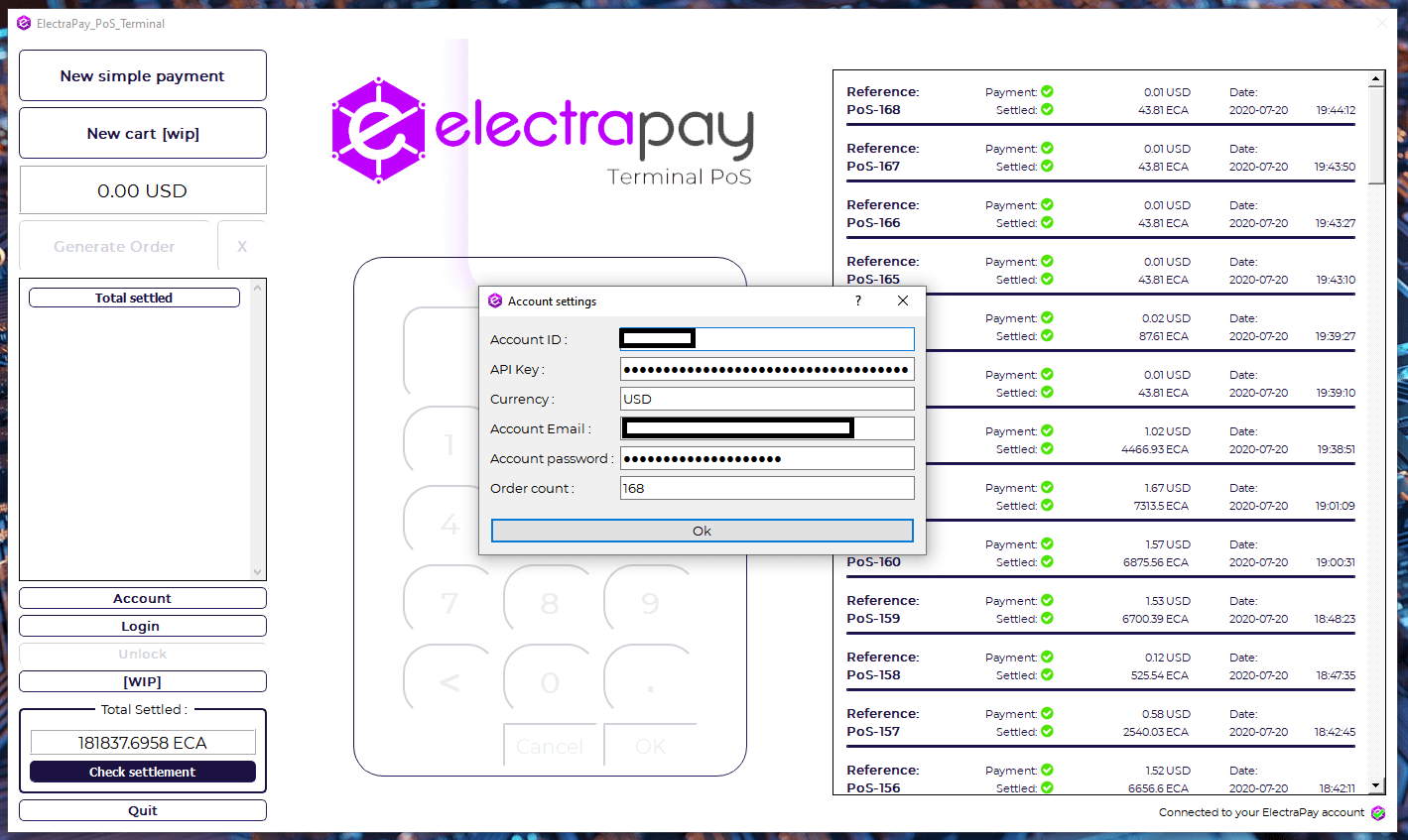 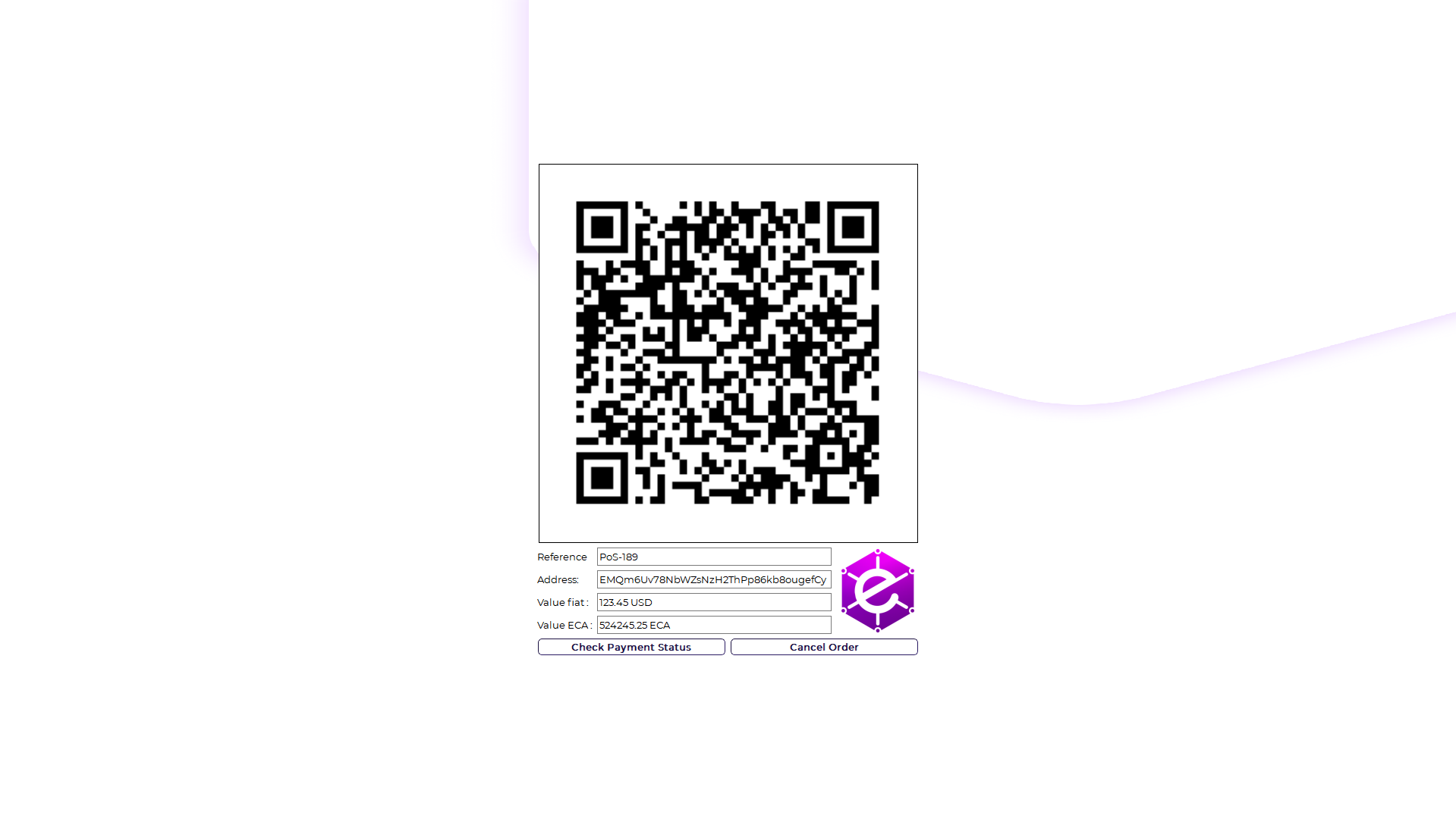 Electra's Proof of Stake Version 3 Enhanced (PoS v3.0e), unlike PoS v1, PoS v3.0e does not rely on "coin age" or "weight" to determine a user's block. Also unlike PoS v2, PoS v3.0e is dynamic reward based rather than rewarded with a fixed amount of coins.

While coin age does not affect the consensus, it is used to determine reward calculation once the consensus selected the blocks used for reward calculation. Coin age is considered in Electra’s PoS v3.0e to encourage users to stay connected to the network, in order for them to earn a better block reward. Once a single transaction containing coins remains unspent for 12 hours, that transaction is eligible to be selected to earn staking rewards.

To avoid blockchain bloat from happening, dynamic block size is being implemented. With each transaction size around 140 bytes, a 10 MB block will be able to hold 50,000 transactions. However, if there are only 1 or 2 transactions to process, the block size could be much smaller. The dynamic block size allows it to be more efficient and saves the user from having to download empty blocks.

The team members contribute to the project voluntarily, which assists in keeping the costs of development low. Being a community-based project has allowed the pre-mined funds to cover the costs of servers and the occasional critical 3rd party service needs.

At the time of writing, the current block height is 815,567 and the reward is set at 1.25% which will be halved each year going forward. The formula for calculating staking rewards are as follows:

The founder of this project chose to remain anonymous, and the project is built and coordinated by the following team members.

Electra is a community-based project, whose members discuss and share information in their social circles and social media channels.

Community and social channels (data as of July 27th 2020)