Its value proposition is centered around the following areas:

BAND token is the native token of Band Protocol with a fixed supply set at 100,000,000 BAND. It represents the collective value of all datasets inside of Band Protocol. The use cases intended for BAND include but are not limited to:

Dataset tokens represent the ownership stake in a particular dataset inside of Band Protocol. The use cases intended for dataset tokens include but are not limited to:

The Data governance portal provides a user-friendly interface to explore datasets in the Band Protocol ecosystem. Users can buy dataset tokens, stake them for trusted providers, and vote on governance parameters all within one coherent user interface. 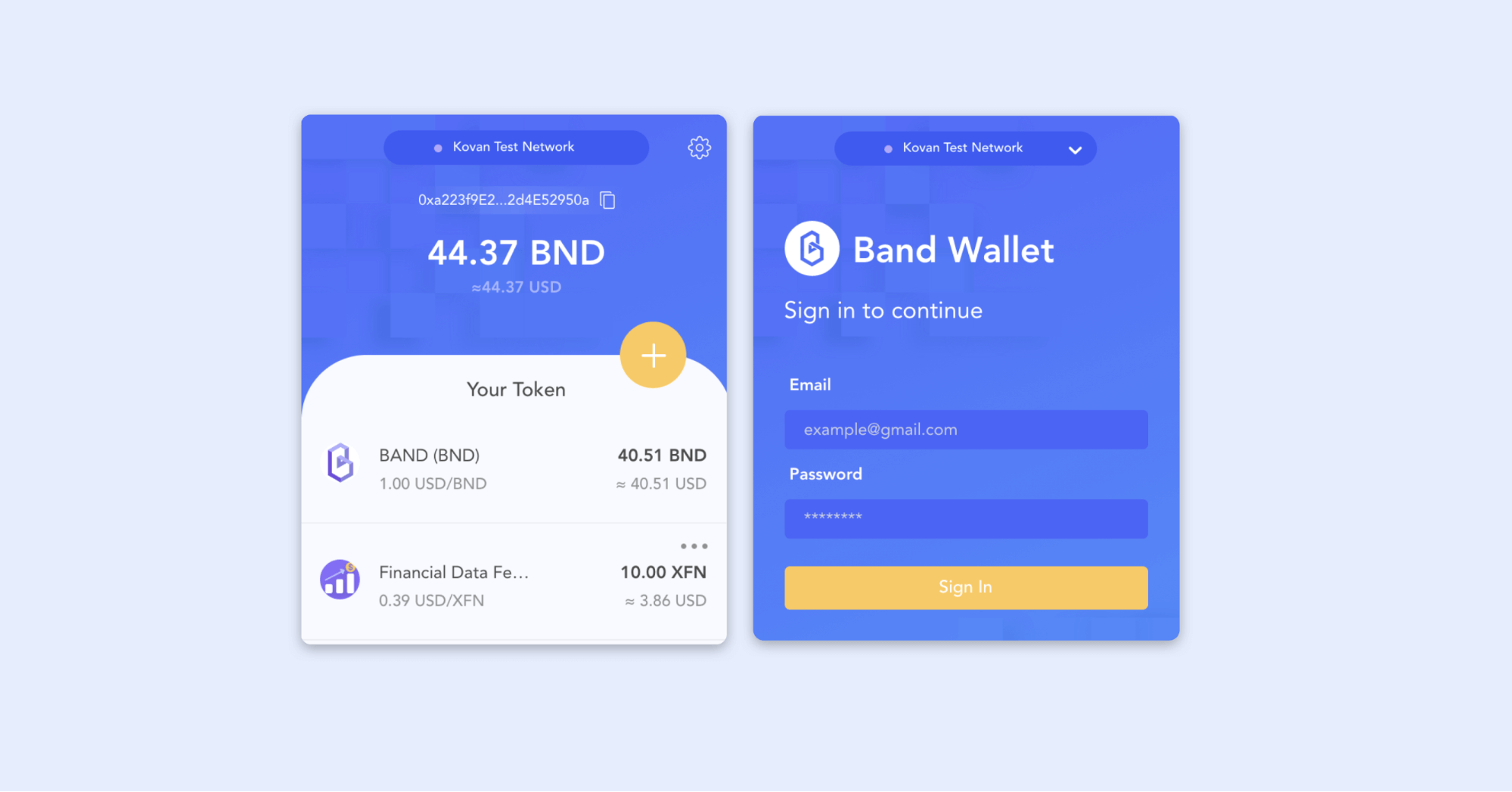 Each data point is visualized through time-series graphs. At any given time, users can see the data without the need to query from a smart contract interface. Data providers and their contributions are also transparently illustrated within. 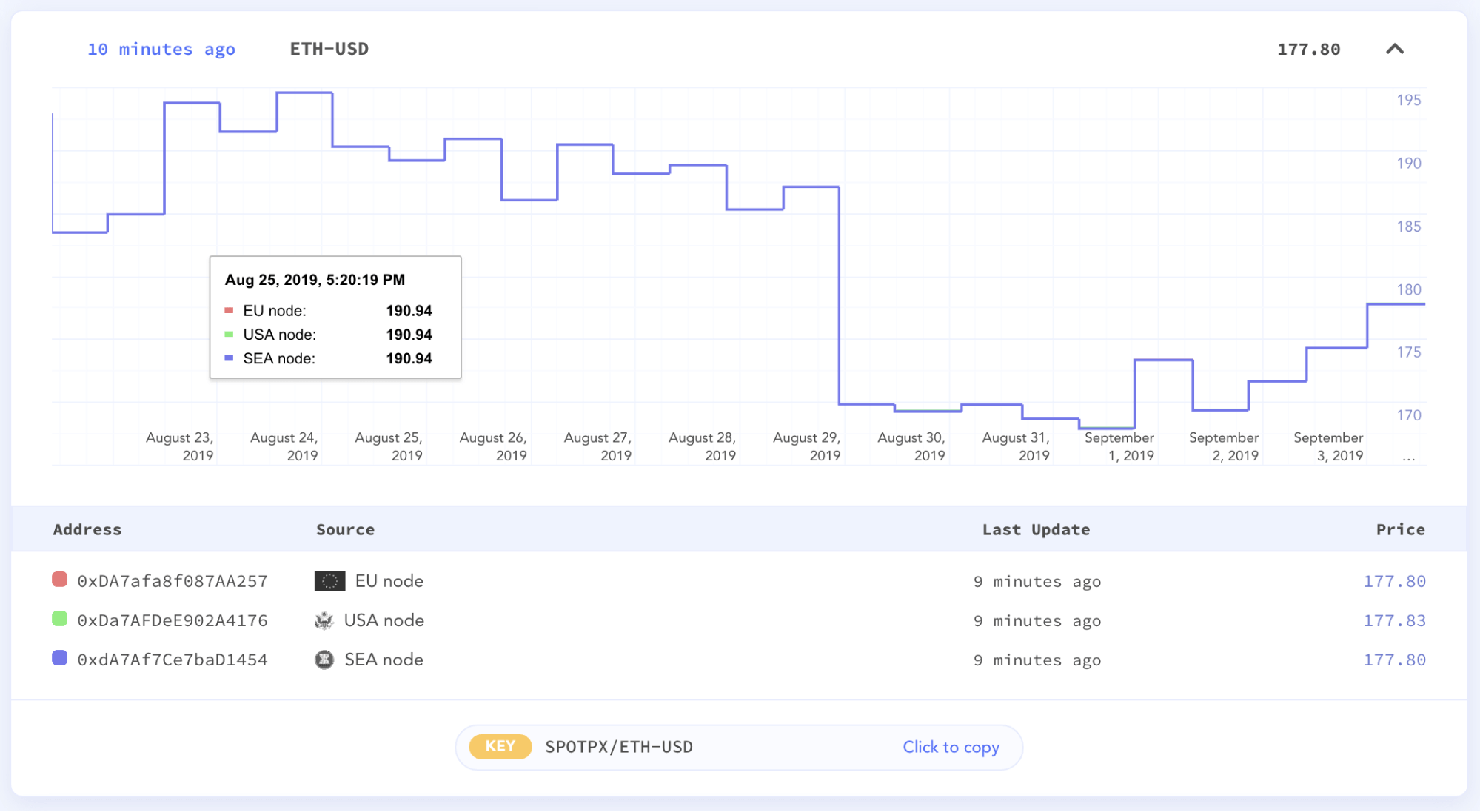 Users can earn a portion of the data query fee by staking their tokens for trusted data providers. The portal makes it effortless for anyone to deposit and withdraw the stakes.

SEA node, EU node, and USA node are testnet providers run by Band Protocol.
The set of actual data providers on mainnet will be different.

The Band Wallet is a non-custodial Web 3.0 wallet optimized for holding BAND and Dataset tokens without requiring an external browser extension. Once set up, users can transfer BAND tokens acquired from exchanges and buy into Dataset tokens via Data Governance Portal.

The dApp uses token-curated Registries to filter out fake and lower quality news, leaving audiences with only information approved by the community. 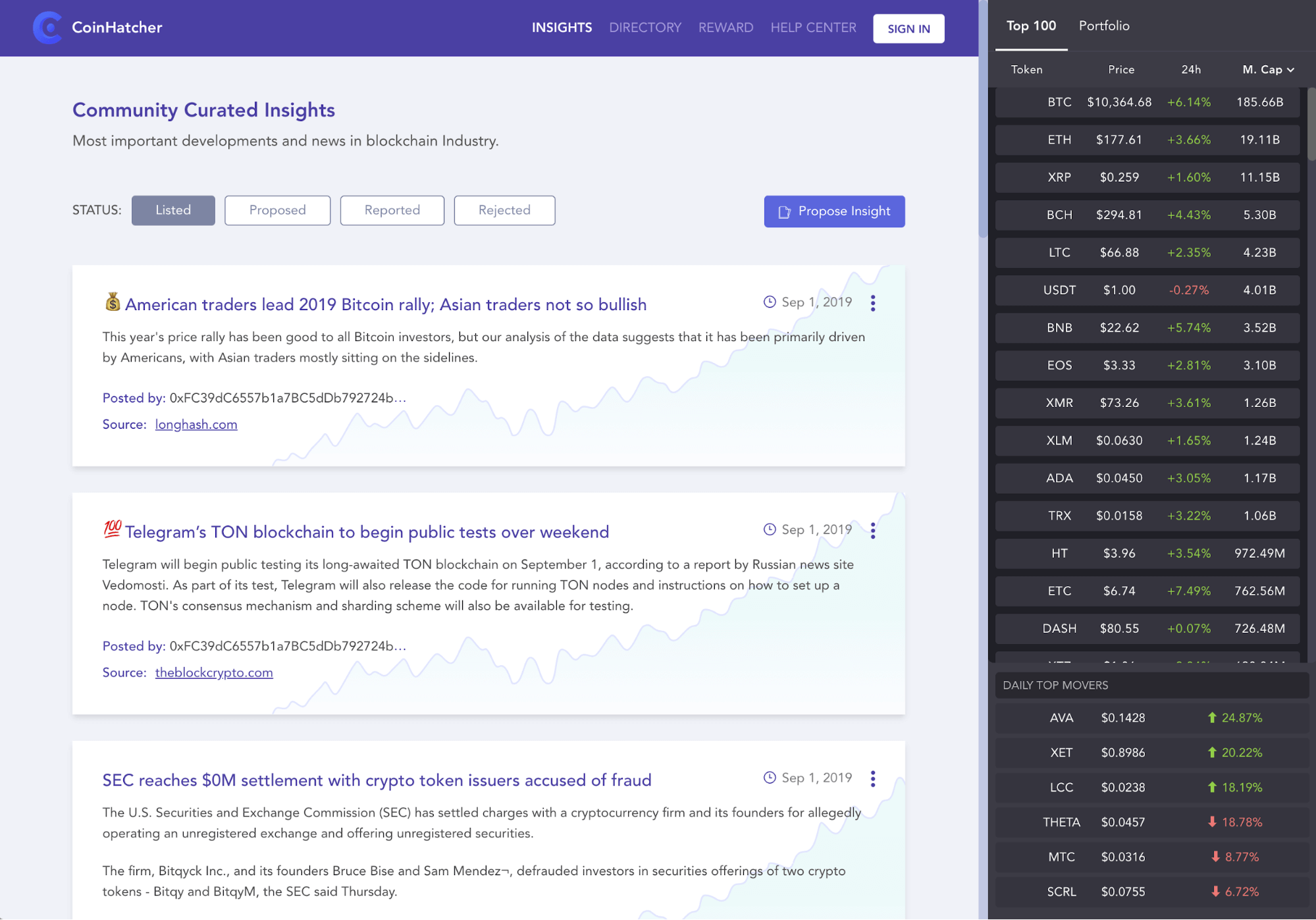 All fees and rewards are paid using BAND tokens. 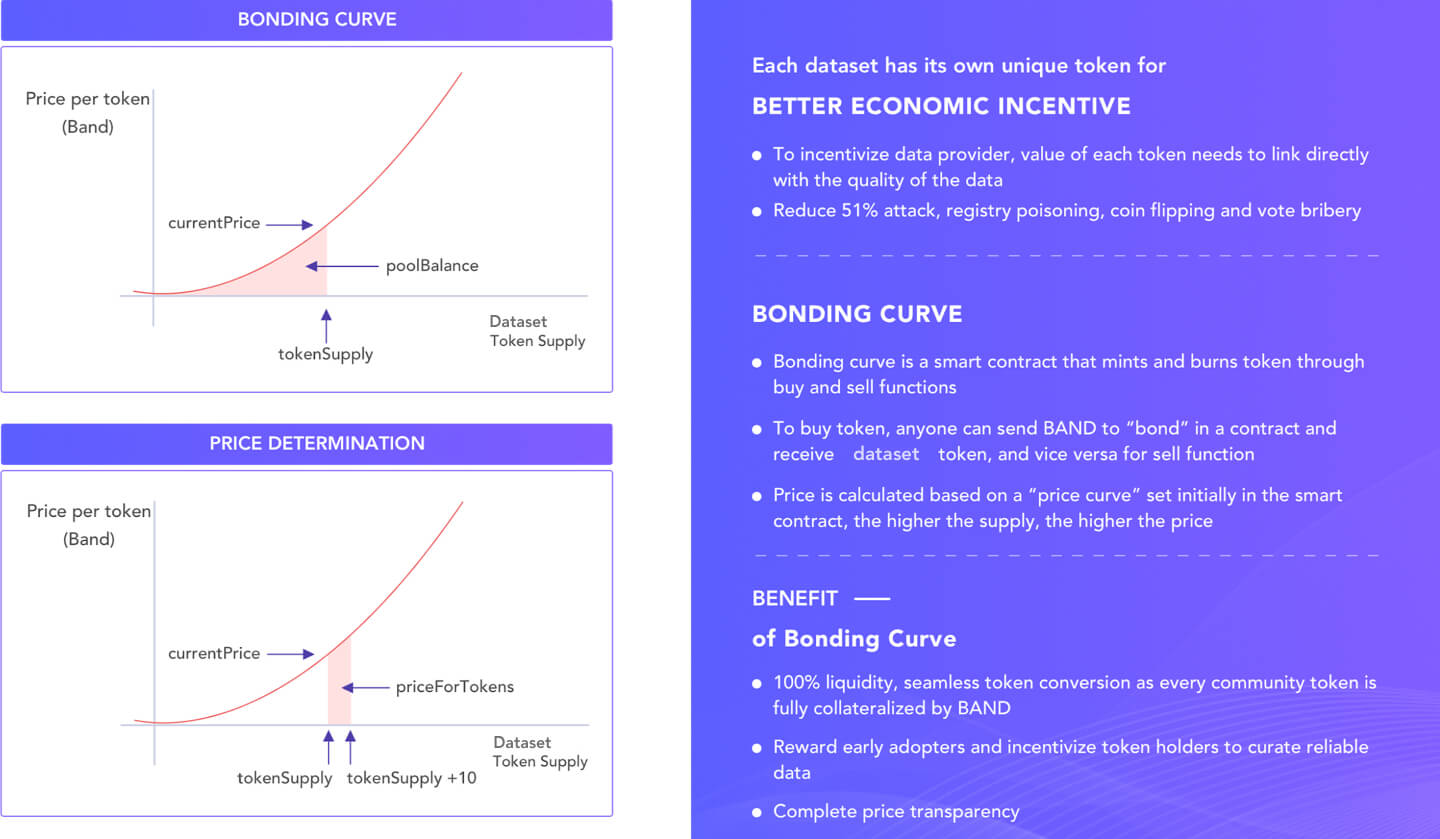 In Band Protocol, Token-Curated Datasources ("TCD") is a method to curate objective data with high volume. The curation of TCD is done through a DPoS consensus mechanism. Token holders collectively elect data providers by staking their tokens in the name of the candidates. Data providers have the authority to provide data to the public with a specified condition, and earn a portion of the fees collected from data queries. 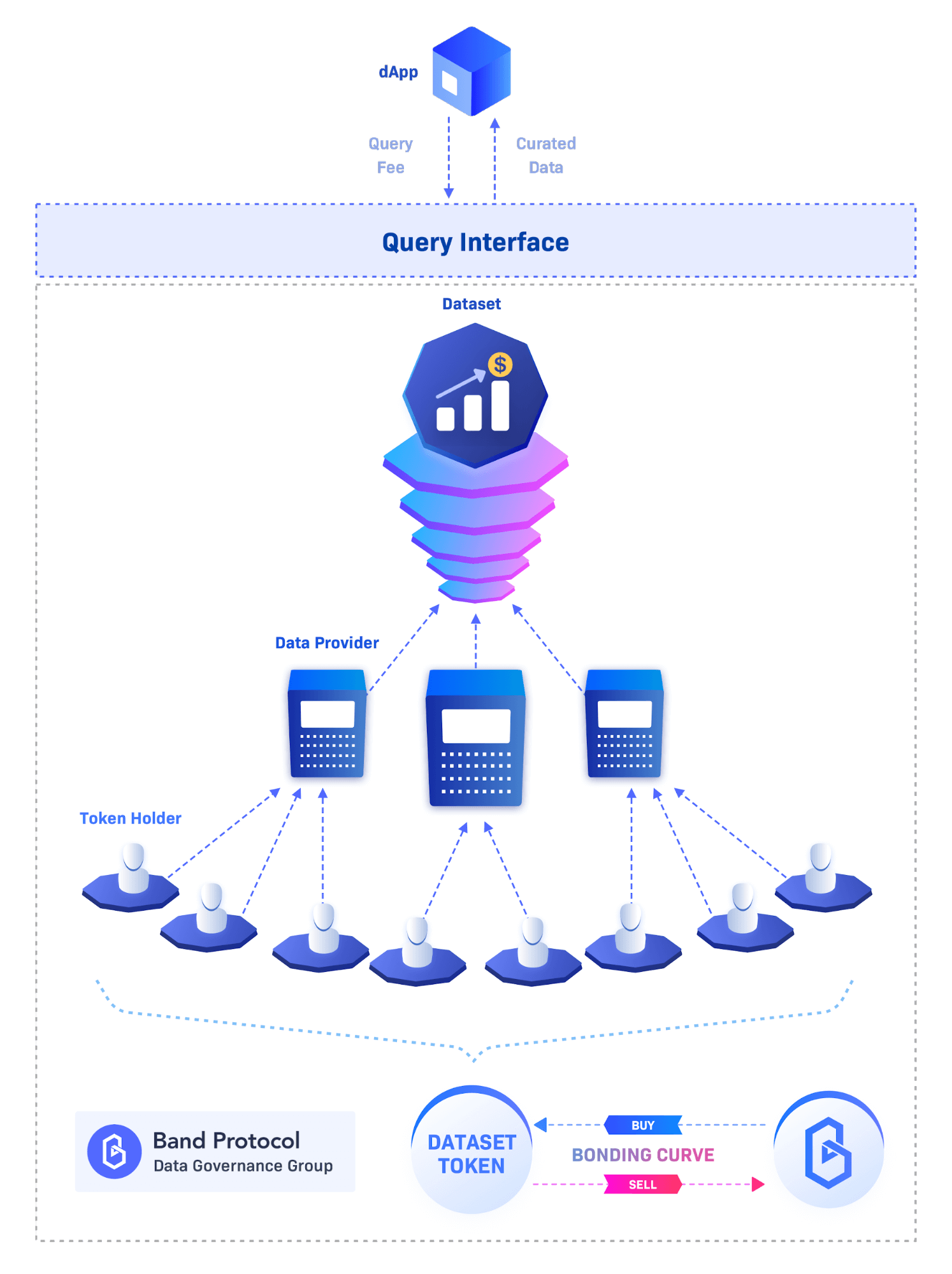 Data providers apply for the authority to provide data to the dataset. Only top providers by total stake are allowed to provide data. They will receive the majority of query fees in BAND for their services.

Token holders stake their tokens for data providers that they trust. They earn a smaller portion of query fees in exchange for securing the list of top trusted data providers.

As of September 2019, Band Protocol has used approximately 5% of TGE funds and the team has an expected runway of at least 4 years. Any funds raised will be spent according to the following allocations:

Funds are raised in fiat or stablecoins so the team is shielded from crypto price’s volatility risk. Stablecoins are stored in multi-signature wallets, requiring at least 2 out of 3 signatures from top management team.

Band Protocol has not yet released a public roadmap, and plans to do so after the Launchpad Sale. The table below lists the accomplishments of the Band Protocol team thus far.

The initial community development plan will be focused at both dApp developers and general crypto users. The team has created a strong network of developers, starting with the South-East Asian community where developers began building on Band.

Band will continue to expand global and local presence with regards to its developer communities.